How to give up sugar in 11 easy steps 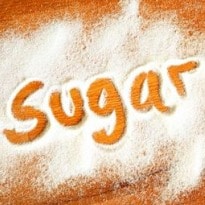 Many of us are addicted to sugar. Want to break the habit and get those no-good empty calories out of your life? This is how to conquer your cravings in 11 easy steps - even if you really, really fancy a Mars bar

It is droll to observe nutritional advice at the public health level; governments and their agencies always approach obesity as though it were a problem of information or - in the popular phrasing - "awareness". If people only knew how much sugar there was in a Twix, they would simply eat something else.

This knowledge deficit doesn't exist: you won't meet anybody on Earth more intricately apprised of calorie content than someone who is obese. The only people who genuinely don't know shit from sherbet are the authorities themselves, who make a mistake we can recognise from other spheres, viz, they conflate the problem behaviour - in this case, excess sugar - with the people they perceive as causing them a problem. People, for instance, who drink fizzy drinks (except prosecco). So they'll preach two behaviours that are near identical, nutritionally speaking, as the opposing pillars of good and evil. "Drink a fruit juice; do not drink a Lilt. Drink a smoothie; do not drink a McDonald's milkshake." Finally, some exasperated nutritionist will pop up and say, to be honest: "This is all sugar that doesn't fill you up and doesn't even slake your thirst particularly well." And everybody pounces on them and calls them a quack, even though they are right.

It is all sugar; it all does the same thing to your bloodstream, and it all begets an appetite for more of itself, as do fags and booze. Leaving aside the thumping idiocies of the Department of Health's Change4Life campaign, the only real fault line is: do you think of it as an addiction or not? If you merely think of it as a matter of self-control, something you like a bit too much and have to master, there is no more a need to excise it from your diet than there is to stop using Twitter just because it drains your time and means you'll never amount to anything. There is only one step necessary for you, the step of "less".

If you do see it as an addiction, then cutting down won't be enough, and I refer you to steps two through 11.

"But what if," I said to Frankie from Pure Package, a company that sends perfectly balanced meals, daily, to people with money, "you just really, really fancy a Mars bar?" I have been calling diet people (for work!) since Atkins was fashionable. There will be those among you who don't even remember the outbreak of war against wheat, who weren't even alive in a time before bread was the enemy. Think on that.

Anyway, what always charms me is their presentation of preposterous alternatives. So you might say: "What I really love is a buttered crumpet," and they'll go: "That's easy! You can grind some cashew nuts into a sort of makeshift butter and spread it on some kale." That was my motivation in putting the Mars bar question to Frankie, but she wasn't biting. "The only way to stop sugar cravings is to treat it like an addiction and go cold turkey. There's nothing to soften that blow. If you really need to get sugar out of your life, you're going to have to go cold turkey."

Frankie again: "Fruit has been given a halo so we end up eating too much of it." In fact, there's nothing inherently great about fructose; I mean, you can get too far into these weeds and start sounding like a hippy. Sure, fructose is better than glucose because it comes accompanied by fibre and vitamins. But in and of itself, it is not better, and "should" (still Frankie), "be accompanied by seeds or nuts. The effect of that would be to slow down the insulin spike that the fruit brought to the bloodstream. Overall, it should be, not limited, but not seen as something you can eat all the time in any quantity." Generally, the higher the water content, the less the sugar hit, so oranges are better than bananas. Oranges are also better than mangoes. Oranges, it turns out, actually are the only fruit.

4 Also beware of (some) naturopaths

Some definitions: "dietitian" is the only term that is subject to professional requirements. Anyone can be a nutritionist. "Naturopath" is what nutritionists call themselves when they want to sound a bit more new-age than they already do. The middle term attracts the most scepticism, based on the presumption that just because your field isn't professionally accredited, you do not know anything and you can't process information. People make it about journalists quite a lot as well; this presumption is mistaken.

That said, I interviewed lifestyle guru Carole Caplin once, and she asked me to do something the next day, and I said: "Unfortunately, tonight I'm going to get completely drunk, so I most probably won't want to do Pilates/circuit training/zumba tomorrow." She fixed me with a beady eye and said: "I try not to eat too much chocolate, but sometimes I go mad. The other day, I ate something like eight squares of Green & Black's. And afterwards I felt terrible, I had a headache, the shivers, I couldn't get out of bed. Whereas if I'd only had two squares, I'm sure my body would have coped with it."

Here's the thing: I'm not convinced that really happened. I think she was using chocolate as a metaphor for booze, in an attempt to find some joint language that we would both understand.

Many drinkers think they don't have a sweet tooth; indeed, they are faintly derisive of people who do. In fact, they get all their sugar from alcohol and if they ever gave it a rest for even two days, they would realise they have an incredibly sweet tooth.

You know that joke, "how do you know when someone has an iPad? Because they tell you"? This adapts very well to the Take That tax avoider. How do you know how Gary Barlow lost five stone? Because he tells you. In precis, he realised, after years of trial and error, "that he doesn't have the kind of body that allows him to eat whatever he likes" and thereafter, cut out sugar, alcohol, any solids at all after 2pm, and refined carbohydrates. I know! As if he couldn't get any more charismatic.

The point is that Barlow is now at the dead centre of the sugar-free, wheat-free eating crowd, and if you ever want to know how to make a cake out of hemp, Google "Gary Barlow" + "cake out of hemp".

The whole issue of carbohydrates and sugars has been maybe irredeemably muddied by people such as Sarah Ferguson eating spelt, and then going: "I went wheat-free and the weight fell off me," and everybody going: "Wow. That's some strange ju-jitsu, considering spelt is just a variety of wheat."

Almost all carbohydrate converts to glucose, except fibre; the less fibre there is, the more will be converted, until you get, like, a Greggs bap that's basically just a glucose tablet without the mysterious wet-dryness.

If you are unsure whether a carbohydrate is refined or unrefined, ask yourself - have I ever thought: "I could murder an X"? Sausage roll, yes. Pearl barley risotto, no. Buttered crumpet, yes. Kale spread with cashew butter, no. The intensity of your desire is an index of the glucose it will deliver. This means a) all refined carbohydrates should be treated as sugars, in your sugar detox, and b) to avoid sugars, you simply avoid all the things you really want.

8 A life without sugar

What sugar brings is not, as you might think, sweetness, but texture. So if you have a cake that is wheat-free and sugar-free (there's no real point in being one without the other), it is possible to find alternatives, replacing the wheat with nuts and the sugar with fruit, coconut oil, agave, combinations thereof. The nuts bring clagginess and the fruit is too wet, so the result is soggy and mushy with a mouth-coating trace of clay, a sort of repulsive pabulum whose problem is not its flavour but its mouthfeel. It is better not to replicate your old life, in other words, but to find new hobbies, such as reading.

The best catch-all diet to remove sugar without contravening the copyright of the Atkins diet, this involves eating like our ancestors - very little fruit, almost no grains, a lot of meat and a lot of exercise as you pound away at your treadmill, imagining yourself the predator of the steak you will later eat. Adherents point to the fact that our stone-age ancestors were much healthier than us, having no problems with obesity, cancer or any other diseases that beset our modern age. Pedants point out that the posthumous diagnosis of cancer was pretty patchy until the discovery of the disease in circa 1600BC (some time after the Paleolithic era); and, furthermore, that many ancestors were cut off in their prime by other factors (dinosaurs!), and it is impossible to tell how fat they would have become had they lived to our great age.

I mistook this for Palio eating, and thought it meant eating like a jockey, which would be a mixture of chips, power bars and Viagra.

Basically, the trajectory of a sugar alternative goes like this: is discovered; is lauded by all; becomes available in Holland & Barrett; there are suggestions that it is not as wonderful as it was cracked up to be; is abandoned in favour of something else, which has conveniently come along in the meantime. Take stevia - nutritionist Amanda Ashy-Boyd describes this once-wonder ingredient: "It's supposed to be a natural substitute for sugar, but it's not so natural in the sense that it probably goes through multiple chemical processes to be able to add it to the food."

Or, more diplomatically put by Ashy-Boyd: "It's all about making sure you're eating a balanced diet, so you never get into a place where your blood sugar has dropped." This involves ceaseless snacking of foodstuff with a low glycaemic load, foods that are mainly hummus or things that remind you of hummus or things that are called "hummus" but aren't, in an attempt to appeal to people who only eat hummus (butterbean hummus. Seriously. How is that hummus?). You combine this with an oatcake, or something containing pumpernickel (note: not a German Christmas tree biscuit; these also contain sugar), and you ignore all the people who are looking at you and definitely thinking: "I wish she would just eat properly and not like some kind of idiot koala."

"That's one way of protecting yourself," Ashy-Boyd continues. "The other thing is, if you are a big sugar eater, you have to be conscientious about it. Maybe allow yourself a couple of days to go without it. And then once it's out of your bloodstream, it's so much easier to combat that desire."

Cold turkey, see? It's all about the cold turkey.