'I Am A Milkman, I Am a Servant of the Farmers,' Dr. Kurien 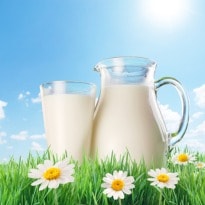 The country mourns the loss of a genius, Verghese Kurien. The man responsible for making 'Amul' a household name, passed away on September 9th, 2012.

Hailed as the 'Father of the White Revolution', Dr Kurien led the Operation Flood campaign making India the biggest milk producing nation in the world. Dr Verghese Kurien took over 'Amul' as the Chairman in 1950. Amul came into existence to put an end to the exploitation of the farmers by middlemen. The word 'Amul' derived from a Sanskrit word 'Amulya'  means priceless. That it sure is.

Dr. Kurien built an iconic brand and Amul's campaigns became a rage with its popular mascot, the girl in a polka dotted dress and sarcastic comments. The 'Utterly Butterly Delicious' girl had turned 50 earlier this year.

Back in those days when India was struggling with food scarcity and illiteracy, only a mastermind like him could have thought of doing business with social welfare and pulling the country out of its pressing problems. From creating milk sheds to thousands of milk cooperatives, from being responsible for raising the rural incomes to fair pricing for the consumers, the 'White Revolution' is credited with immeasurable success.

One of his greatest inventions was milk powder and condensed milk using buffalo's milk which is abundant in India but was not being utilized. His dedication towards cattle owners and farmers released India from the shackles of food deficiency and poverty. In a short span of time India transformed from being a milk importer to a milk exporter.  What started off as business aiming at maximization of social welfare became a model of success for all to follow.

From a mechanical engineer to a social entrepreneur to being the 'Milkman of India', Veghese Kurien will be remembered as a visionary par excellence.