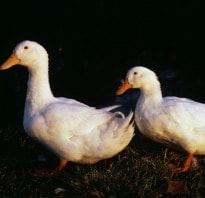 Kerala government has decided to finish its bird culling operation within three days. The strain of Avian Influenza has killed thousands of ducks in three districts. The government has therefore accelerated preventive measures to check its further spread to humans.

As soon as it was confirmed that the virus was the cause of bird flu in Alappuzha, Kottayam and Pathanamthitta districts, a high level meeting was called for to tackle the situation. The meeting was chaired by Chief Minister Oommen Chandy and included officials of the Health and Animal Husbandry Departments.

Health Minister V S Sivakumar said that health officials had examined around 14,000 people in the affected areas and found no symptoms of the disease among them. However, as a precautionary measure, fluid samples of two people engaged in culling operations were taken and sent for tests, he said.

Listen to the latest songs, only on JioSaavn.com
According to reports, about three lakh birds have to be culled in affected districts.The state government had announced compensation of Rs 100 (for less than two months old birds) and Rs 200 for other birds. Mr. Sivakumar said the compensation would be provided to farmers who have suffered huge losses. Two special wards would be opened at Alappuzha Medical College to treat any person who might be infected with bird flu. The minister said there was already an adequate stock of preventive medicines and orders had been placed for more. Nearly 10,000 health kits would be distributed to health officials and about 30,000 packs of preventive medicines would reach by tomorrow, he said. A three-member central team of experts - one of them from the National Centre for Disease Control - had visited the affected areas on Nov 26 to submit a report to the Centre.

CommentsThe outbreak of the infection had occurred two weeks back and has infected thousands of ducks in water-logged Kuttanad in Alappuzha and the adjoining areas, causing huge loss to poultry breeders.