Lung diseases need no introduction considering the air we breathe in. Chronic Obstructive Pulmonary Disease (COPD), a condition that damages the lung airways causes an array of symptoms like chest tightness, breathlessness, persistent cough and wheezing 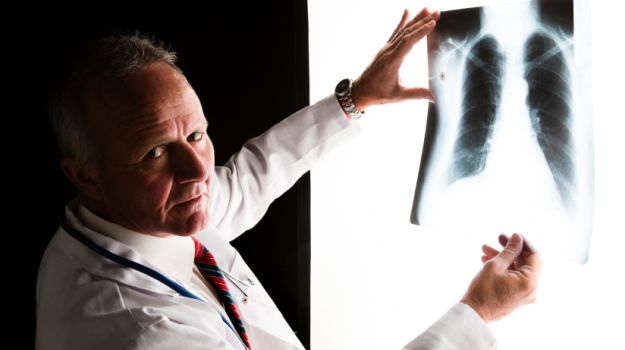 Highlights
Lung diseases need no introduction considering the air we breathe in. Chronic Obstructive Pulmonary Disease (COPD), a condition that damages the lung airways causes an array of symptoms like chest tightness, breathlessness, persistent cough and wheezing. It has become one of the leading causes of mortality in the country. Lung diseases have certain symptoms that should be taken care of, especially at night. Considering our breathing changes during sleep due to general muscle relaxation increasing airway resistance, it is imperative to recognize the symptoms of possible consequences.

Immediate effects of night-time symptoms may include fatigue and low productivity, while the long term consequences may involve lung function changes, increased exacerbation frequency, cognitive effects, depression, impaired quality of life and worsening of cardiovascular diseases. Several studies have suggested that night time-symptoms may be the marker for the emergence of severe condition with more risk for an exacerbation.

Vitamin E helps create a defense mechanism against injury to human tissues and further help in building a stronger immunity. Vitamin E may include dry fruits like almonds, fish and herbs including oregano, basil, parsley and cloves.

Beta carotene is full of antioxidants and plays a key role in controlling inflammation. Foods like green leafy vegetables, pumpkins, spinach, carrots, radish, broccoli and coriander are rich in Beta-carotene.

Magnesium helps boost the natural defenses and relaxes your lungs from the excessive pressure. Some of the magnesium rich foods are nuts, seeds, legumes, spinach, yogurt, figs, avocado and figs among others.

Vitamin C is one of the most important antioxidants that have the ability to repair and promote tissue growth. This vitamin is present throughout the body and eradicates the effects of free radicals. Foods like dark leafy vegetables, berries, bell peppers and tomatoes are rich in vitamin C.