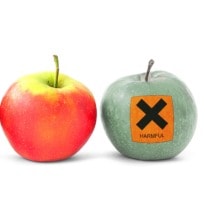 Fresh food contamination can now be detected much faster and more easily, thanks to an analytical mapping tool developed by the Sandia National Labs' National Infrastructure Simulation and Analysis Centre (NISAC).

Normally, tracking down the source of fresh food contamination can be difficult and time-consuming. When an outbreak occurs, experts must interview affected people to track down where food borne exposures happened, the International Journal of Critical Infrastructures reported.

Often the interviews take place weeks after the exposure, leading to inaccurate or incomplete information and making it difficult to pinpoint a likely food culprit, according to a Sandia statement.

Listen to the latest songs, only on JioSaavn.com
"This is often a serious problem when there is an outbreak of food poisoning in a particular region and the healthcare authorities cannot quickly trace the source of the outbreak," said Sandia analyst, Stephen Conrad.In 2011, sprouts were the focus of a serious E. coli outbreak in Europe, but tracing contaminated products to their source proved difficult.

CommentsSandia researchers applied the stochastic mapping technique to test data from the fresh sprout sector in a single state in the US, using a case study of the sprout distribution system as the basis of their computational model.