Shocking News: How Unhygienic is the Street Food We Love To Eat? 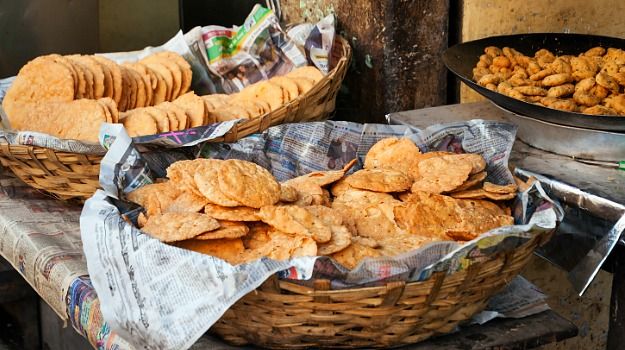 Yes, we've always known street food isn't exactly hygienic. But then who can resist a plate of those magical deep-fried aloo tikki, those mind-blowing round and flaky gol gappas and don't even get me started on freshly steamed momos. From easy snacks to complete meals: India's street food is inexpensive, delicious and easily available across the country. That's till you get your first bout of food poisoning.

Have you ever seen a street vendor wash his hands before serving you? He takes money, exchanges notes with multiple customers, cooks and serves you food. He rarely (if ever) wears gloves and hurries about his business, pushing pots, pans and buckets, all at the same time. What would happen if someone were to test the food he's serving you?

The New Twist in the Story

A new study conducted by Institute of Hotel Management, Pusa (IHM) tested samples from popular street food joints across Delhi and reportedly found traces of faecal matter in golgappas, momos and a few other snacks! Along with this, they also found an extremely high volume of E.coli bacteria (as reported by a popular daily).

(Milk Samples in India Fail to Conform to Standards)

According to Dr.Ritika Samaddar, Dietetics, Max Hospital, "E.Coli is a kind of bacteria that can cause diarrhoea or gastroenteritis. Gastroenteritis is a condition in which your stomach or intestines are inflamed. E.Coli can be found in street food, cut fruits or any contaminated food. High temperature makes the situation worse because it multiplies these bacteria, making you more prone to falling ill".

As per the Food Safety and Standards Authority of India (FSSAI), "Following an incubation period of about 3-4 days, a variety of gastrointestinal symptoms appear, ranging from mild to severe bloody diarrhoea, mostly without fever. The one causing infection now is a highly virulent mutated strain".

All About the Study

Researchers from the institute said that they collected samples from popular eateries in West and Central Delhi. To name a few: Connaught Place, Rajouri Garden main market, Rajendra Place and Subash Nagar. Coliform is a kind of disease causing bacteria that's usually found in water or food. IHM tested the food for these bacteria and found the level was almost 48 times higher than the permissible limit. As per the guidelines of the Central Pollution Control Board and World Health Organization, the standard values are 50 MPN/100ml for total coliform and what was found was a shockingly high level of 2400 MON/100ml.

"Contamination is the greatest challenge for food safety in India." - Centre for Science and Environment (CSE)

The CSE has time and again pointed out that contamination is a serious issue in India and we need to work towards strengthening both food testing laboratory infrastructure and skills. And this isn't just a problem with the part of the food industry that stands unregulated; it's an issue even with the regulated industry. Take the case of junk food. To cut costs, popular fast food restaurants use chicken that's mixed with soya, the last batch of vegetables in the wholesale vegetable market, tomato juice mixed with red pumpkin sauce and so on.

Tips to Keep in Mind Before You Eat Street Food

A 2014 article written by Sana Merchant and published in the Guardian tested the street food in Mumbai and found that everything fell within recommended limits. So it's not that all kind of street food can make you sick. Nevertheless, 'food safety' is a concern we can no longer ignore. In fact, it was also the theme this year for World Health Day.

(From Farm to Plate, Make Food Safe Says WHO)

In the meantime, there are things you can do to ensure you're eating from a vendor or restaurant that won't make you sick.

1. Clean Your Plate: Always, always look at the utensils you're being served in. If you see traces of oil or dirt then ask for a fresh one. Or at least take a disinfectant wipe or tissue and wipe the plate clean.

2. Take a Look Around: Take a look at how the food is being cooked. Where are the ingredients being picked from to be added to the food? The area where the street food vendor is chopping his vegetables may be dirty and unhygienic. Avoid the same, especially if it is served in raw form, for example, the onions served atop delicious aloo tikkis.

3. Juicing, It's No Pulp Fiction: Watch the vendor make your fruit or vegetable juice right in front of you and make sure he pours it into a clean jug. Sometimes they rinse the jug with water out of an open bottle or a big tub but ask the vendor to use fresh water to do so. Avoid adding ice to your juice as the source of the water to make the ice is questionable.

4. Don't Eat Cut Fruits: In summer, you'll find endless vendors with cut melons, mangoes, watermelons, etc. We would suggest that you avoid eating those. Cut fruits need to be refrigerated and stored at the right temperature or they are very likely to be contaminated with bacteria or the likes.