Organic Food Gets a Push in Kolkata 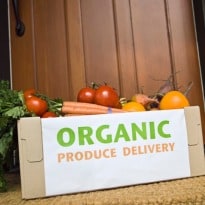 Business captains, hoteliers, diplomats and marketing professionals participated in a dinner and food festival to promote organic food products in the city.

"We intend to promote organic food in the city and also to encourage restaurants to incorporate such ingredients in their dishes," said Neela Majumdar of the Calcutta Gastronomes (TCG) club, which organised the food festival Tuesday.

It showcased various organic foods like vegetables, oils, pulses and cereals by establishments like Casa Puro, Sasha, Down to Earth, among others.

Listen to the latest songs, only on JioSaavn.com
Highlight of the dinner meet was a skype session with the pioneer of organic food culture Nora Pouillon who opened one of America's popular organic food restaurants, Restaurant Nora, in 1979. The event was organised in partnership with Earth Day Network, along with the American Center, Horticultural Board (Government of India) and Hotel and Restaurant Association of Eastern India.