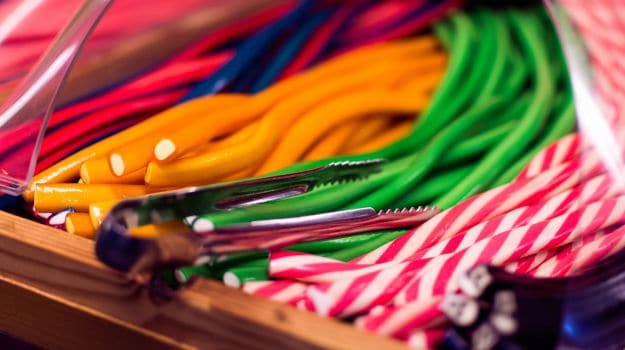 Hundreds of schoolchildren in the southern Philippines have fallen sick after eating durian-flavoured sweets, the provincial governor said on Saturday.

Up to 1,350 elementary and high school students were treated in hospital in nine towns overnight after they complained of stomach cramps, diarrhoea, vomiting and headaches late Friday, Surigao del Sur governor Johnny Pimentel told AFP. As of Saturday, 250 remained in hospital but they were expected to be discharged later in the day, Pimentel said.

(The Indian Fruit That You've Probably Never Heard Of!)

Nine men and women who sold the sweets from a van while the children were on their lunch break have been arrested, he said. Police are investigating whether the sweets were expired or were deliberately laced with poison, Pimentel added. "The suspects had a plan to sell only to school children. They went around nine towns the whole day selling candies," he said.

Promoted
Listen to the latest songs, only on JioSaavn.com
The group denied to the police that they meant to poison the children, he added. Pimentel said police were still trying to establish why the group had travelled some 300 kilometres (190 miles) from their home province to sell the sweets.(Tall kids prefer sweets, fat kids like it salty: Study)

CommentsThe southeastern region is the country's main producer of durian and the foul-smelling fruit is transformed into a myriad of food products including confectionery, ice cream and coffee. Poor enforcement of food safety regulations has been blamed for past cases of food poisoning in the Philippines, an impoverished nation of 100 million people.