Rice off the Menu: Asia's Hunger for Bread and Pastries Boosts Wheat Demand 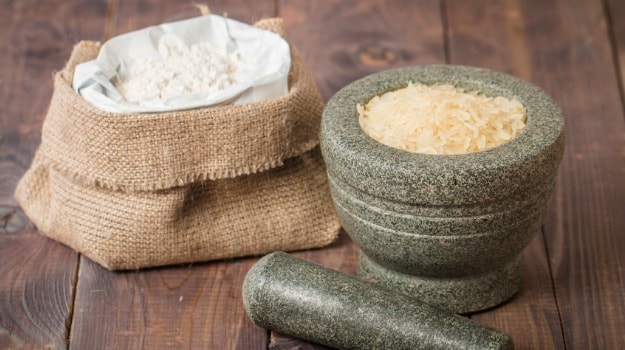 Asia is losing some of its appetite for rice in favour of wheat, a trend that is nowhere more pronounced than South Korea where bread and pastries have become a new staple. From working mothers, who find toast more convenient to prepare for breakfast, to city dwellers flocking to new eateries for baguettes, South Koreans are at the forefront of an Asia-wide trend that has seen wheat demand climb at nearly twice the rate of rice consumption since 2008.

And while Asia is largely self sufficient in rice, demand for bread and noodles from Mumbai to Manila has made Asia the largest and fastest growing market for wheat imports, shipping in more than 40 million tonnes annually for the past five years or 25 percent of world imports.

"I eat bread with coffee almost every morning," said Lee Seung-Hee, a 47-year-old working mother of two, who often gives her children bread as a snack between meals. "My husband likes to have rice meals, so I try to cook rice for him. But when I'm too busy, I just give him bread."

South Koreans spent an estimated 6.36 trillion won ($5.37 billion) last year on bread, sandwiches, bagels and pastries, according to SPC Group, owner of the ParisCroissant and Paris Baguette chains, which has even opened two stores in the French capital Paris as part of global expansion.
Meanwhile, South Korea's rice consumption hit a record low of 65.1 kg per person last year, while flour consumption was the highest since 2006 at 33.6 kg, according to industry and official data.
"Housewives are increasingly having bread and coffee for brunch late morning instead of rice and kimchi," said Kang Byung-Oh, a business professor at Chung-Ang University, referring to the spicy local side dish.

SPC Group, which runs Asia's biggest bread making plant and has about 5,000 bakeries in South Korea, said the local bread market has grown at an average of 15 percent per year since 2005.
"You can find this trend across Asia, as Asian countries become westernised...Foodproducts from wheat flour are quick, convenient," said Koh Hee-Jong, an agriculture and life science professor at Seoul National University.

Rising wheat consumption has been focused on large cities where an emerging middle class is exposed to a proliferation of convenience foods from pizzas to sandwiches. In Indonesia, noodle consumption has helped increase wheat demand in the world's second-biggest importer by more than 60 percent since 2005 to nearly 8 million tonnes annually.

Even in India, the world's second-largest wheat grower, consumption is projected to surpass output by more than 5 million tonnes this year, sparking the largest imports in eight years. Indian wheat demand is especially strong in the Northern Plains where it is grown, but is rising in the south where naan bread and chapattis vie with traditional rice consumption.

Bangladesh is expected to import around 3 million tonnes of wheat a year to help meet 4 million tonnes of local demand. "We used to take rice three times a day. Now we are taking rice only once a day," saidHumayra Ahmed, a bank employee and mother of two children in Dhaka.

China has also seen wheat demand soar and consumed a record 118 million tonnes in 2014.
Along with record pizza sales and noodle consumption, demand for cakes and pastries is also increasing. "It's a symbol of lifestyle, consumers pair them (cakes and pastries) with coffee and chatting, and hanging out with friends," said Linda Li, senior research analyst at Mintel China.

Promoted
Listen to the latest songs, only on JioSaavn.com
PRODUCERS

With wheat production relatively low in some Asian countries - South Korea only produces about 1-2 percent of its consumption - there is little alternative but to import more. Australia, Russia, Ukraine, Canada, the United States and Europe have been the chief beneficiaries of Asian wheat demand, seeing collective exports swell by over 40 percent since 2005. But the relentless climb in wheat consumption does place a strain on exporters in places such as Australia to keep up.

Comments"When you look at wheat consumption, it is to a very large degree driven by general increase in consumption as well as swap out of rice and other staples," said Ole Houe, an analyst at brokerage IKON Commodities in Sydney. "We need to produce a record crop every year just to meet the demand."
© Thomson Reuters 2015