Singapore Turns to Machines at Food Courts to Propel Growth 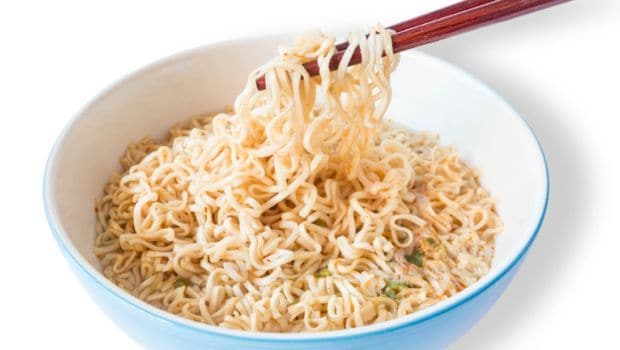 Highlights
Singapore's latest quest to boost productivity is playing out at a busy food court in the second terminal of Changi Airport.

There, hungry passengers can select their chicken rice or bowl of noodles from a machine, pay with a credit card and collect their food -- all with minimal human interaction and in stark contrast with the abundant manpower commonly used in food courts elsewhere on the island.

It's this kind of automated initiative that's popping up more frequently across Singapore -- from self-driving taxis to face-reading payment systems for rail commuters -- as the city state grapples with a rapidly aging population, falling fertility rates and a slump in economic growth. With authorities restricting the inflow of foreign workers after a backlash against immigration, Singapore is increasingly turning to machines to replace low-end manpower.

"Productivity is a vital component of growth especially for when labor contribution to growth is declining, especially in advanced economies such as Singapore," said David Mann, chief economist for Asia at Standard Chartered Plc. "Singapore has been trying to be on the cutting edge of applying more automation."

Select Group, the Singapore-based operator of the Changi food court, is so satisfied with the cost reductions achieved so far, it's implementing the same system at a site at a new airport terminal due to open next year.

Singapore's government is just as satisfied. SPRING Singapore, a state agency responsible for promoting local enterprises and products, is currently conducting trial tenders for two food centers under a new system that seeks to reward productivity gains: while the winning bidder was selected on price under the old system, now the agency will put a 50 percent weighting on productivity considerations and the rest on price.SPRING may use the productivity-weighted system on all future tenders for new coffee shops, a local term used to describe open-air food courts adjacent to public housing. The agency sees it as a key component of plans to increase productivity in Singapore's food industry by an annual 2 percent over the next five years.

"Other countries are not under the workforce pressures that Singapore is under," Jonathan Galligan, an economist with CLSA Ltd., a brokerage and investment company, said by phone from Singapore. "Other countries have population trends more in their favor, so they have less pressure to drive productivity. That's why Singapore is doing what it's doing."

The food industry has been targeted because it's among the least productive in the city-state. It accounts for 0.8 percent of gross domestic product, but employs 160,000 workers, or 4.5 percent of the local workforce, according to SPRING. From 2010 to 2014, manpower in the industry grew on average 6 percent a year, higher than in the economy as a whole.

SPRING is working with the Restaurant Association of Singapore to encourage more companies to venture into the ready meals market, providing grants for companies and employees. It's also pushing to boost the number of food vending machines, replacing manned stalls.

As a result of these efforts, catering company JR Group launched in August the first Vendcafe establishment in the country, a cluster of vending machines in a residential area where locals can buy ready meals. SPRING says this format requires 70 percent to 90 percent less manpower than the typical food stall, and takes only a few weeks to be built. The agency is looking at setting up 10 similar establishments over the next 12 months.

All these technological developments may result in job losses, a reality that Singaporean officials are already preparing their citizens for. While the unemployment rate is one of the lowest in the world at 2.1 percent, the number of people with jobs declined in the third quarter -- only the second time that's happened since the 2009 global financial crisis.

The central bank projects economic growth will be closer to the lower end of its 1 percent to 2 percent forecast range this year and only slightly higher in 2017.

"We must develop a food services industry that is highly efficient, with no loss in quality of food offerings, and with high quality jobs," Singapore's Deputy Prime Minister Tharman Shanmugaratnam said in September. "Younger Singaporeans aspirations are changing, and you can't find many young people who will do low-skill jobs and stay with the firm for long. Neither can we continue to grow foreign manpower."

The food industry is one of 23 that the government has identified as part of a S$4.5 billion, five-year transformation plan to help companies optimize the use of manpower.

Select Group sees a replacement of human workers by machines, and a higher reliance on electronic payments and digital communication, as the unavoidable future of an industry that has lagged others in Singapore in adopting new technology, Managing Director Vincent Tan said in an interview.

"Food courts with eight to nine stalls usually need the same number of cashiers," he said. "Now we need just one."