The annular solar eclipse 2019 will be visible in some regions of Asia that includes southern part of India and some part of North/East Africa and North/West Australia. 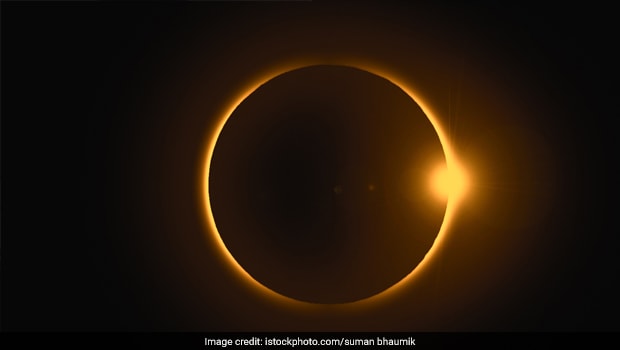 Solar Eclipse 2019: As we bid goodbye to the year 2019, there is a celestial treat waiting for us right before the New Year. Sky watchers are all set to witness another solar eclipse in 2019 (surya grahan) tomorrow, 26th December, and is the time when the Moon will eclipses the Sun to form a ‘ring of fire' in the sky. Eclipse has been considered a significant celestial event by humans since time immemorial and the year 2019 has given us a number of opportunities to witness this beautiful phenomenon. This time, the solar eclipse will be visible in countries like India, Australia, the Philippines, Saudi Arabia and Singapore. This solar eclipse will be annular solar eclipse. The passing of the Sun's light from the Moon will form a negative shadow, which will look like a ring of fire.

A number of major myths and superstitions related to solar eclipse revolve around beliefs of toxic radiations, which are said to infiltrate the environment and turn eatables poisonous. People even avoid chopping vegetables, fruits and other food items while the solar eclipse is happening.

Surya Grahan 2019: Some people believe that eating or cooking during eclipse is harmful

Scientists have time and again stressed on the fact that myths around not consuming food or water during an eclipse should not be propagated or believed as the logic or reasoning behind them is not sound. The National Aeronautics and Space Administration (NASA) in America has addressed the belief related to food turning poisonous during solar eclipses by saying, "Related to the false idea of harmful solar rays is that during a total solar eclipse, some kind of radiation is produced that will harm your food. If that were the case, the same radiations would harm the food in your pantry, or crops in the field." It added by saying that the myths take hold due to circumstantial evidence, and hence, cannot be applied to all situations everywhere: "If someone is accidentally food-poisoned with potato salad during an eclipse, some might argue that the event was related to the eclipse itself even though hundreds of other people at the same location were not at all affected."

Clinical nutritionist, Dr. Rupali Dutta believes that there is no reason to be scared of food poisoning at the time of an eclipse. "There's a difference between going completely berserk and exercising moderate control. There is no harm in having light meals (during the solar eclipse)."