The War Against Sugary Drinks 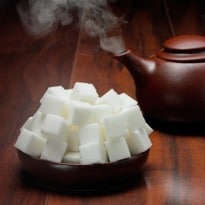 The Modi government today unraveled the Union Budget 2014 and has promised to turn the Indian economy around in a month's time. Under the new budget, the price of aerated drinks (water with sugar content) has been hiked up by 5 percent, making soft drinks and sugary juices costlier. The higher price is expected to reduce the consumption of these drinks. Most might consider this as a bold financial move but health experts will tell you that this was the need of the hour.

Promoted
Listen to the latest songs, only on JioSaavn.com
Sugary drinks are being linked to obesity, cancer and heart disease - a theory many countries have begun to acknowledge but brands still profusely dispute! Sugar is said to be one of the biggest drivers of chronic diseases and many scientific studies have shown that fatal health problems can be traced back to excessive sugar consumption. (Read more: Sugary drinks may harm your liver)

In the war against these drinks, public health advocates and many state governments' have joined forces. In an attempt to curb consumption of fizzy drinks, they've proposed that taxes be levied on sodas, aerated drinks and fruit juices. So far, all attempts have been unsuccessful and partly because the beverage industry has spent millions trying to keep them at bay. The Guardian reported, "Most rich nations across Europe saw their sugar consumption increase by 30-40% between 1970 and 2000. In Scotland it quadrupled in 60 years." Even though punitive taxation on sugary drinks is already in place in many European countries, most of the other countries still have a long way to go.

Recently, the state of California proposed a bill that required companies to issue warning labels on sodas and sugary drinks. According to the Associated Press, the bill would have required that certain sodas, energy drinks and fruit drinks carry a label reading, "STATE OF CALIFORNIA SAFETY WARNING: Drinking beverages with added sugar(s) contributes to obesity, diabetes, and tooth decay." Even though the bill was a result of right intentions it was rejected by lawmakers who felt it would not affect consumer behavior.

CommentsCurrently, Berkley city in San Francisco is also pursuing a tax on soda and other sugary drinks on the ballot this November. The "Berkeley vs. Big Soda" campaign has gained the support of many followers who are determined to win this ongoing war against sugary drinks.