Neha Dhupia shared a snapshot of a 'midnight meal' cooked for her by her husband Angad Bedi and it looks very appetising! 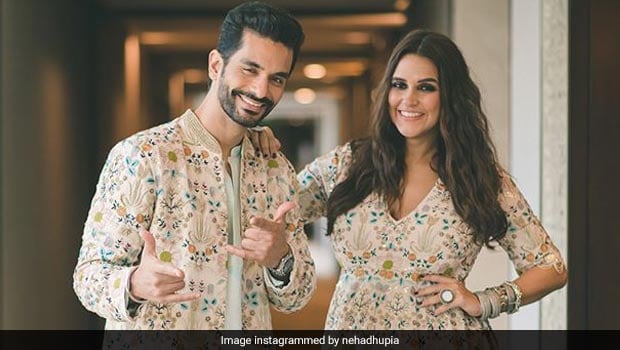 Bollywood actors Neha Dhupia and Angad Bedi's hush-hush wedding affair this year took everyone by surprise. The couple announced that they were expecting soon afterward and the announcement was met with jubilant congratulations from industry friends and fans. Dhupia has been an inspiration for many working mothers-to-be, as she has continued to meet her work and other commitments without any interruptions. In a recent interview with a popular English daily, the actor-turned-talk show host revealed that even though she is in the seventh month of her pregnancy, she has been working regularly. She also revealed that even though there are times when she does get tired, she has an amazing team who is there to take care of things for her and make it simpler for her. Dhupia, who is currently shooting season 3 of her celebrity talk show 'No Filter Neha', is quite active on social media, particularly Instagram where she continuously posts updates from her daily life on her stories and posts.

Yesterday Neha Dhupia shared a picture of a late night meal cooked by her husband Angad Bedi for her, on her Instagram stories. The meal, which appears to be tikkis, served with a lentil curry, looks quite appetising.

Doesn't this look amazing? Angad Bedi is a man of many talents, we see! Dhupia manages to charm the shutterbugs every time she steps out, both with her amazing energy and her outfits. The latter has been setting some serious fashion goals for mothers-to-be. Angad Bedi, who married Dhupia in a quiet and intimate Sikh wedding ceremony, recently hosted a star-studded baby shower for his wife at Olive Bar and Kitchen in Mumbai and many Bollywood stars including Karan Johar, Sonakshi Sinha, Janhvi Kapoor, Huma Qureshi, Kiara Advani were in attendance. Dhupia and Bedi's close friends Soha Ali Khan and Kunal Kemmu were also there to wish the expectant couple.