A Milk Bank in Rajasthan That Saves Lives 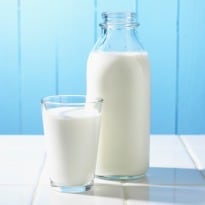 After giving birth to her second child, a baby boy, Preeti Gameti wasn't sure whether she was happy or worried. An anemic Gameti, 27, had lost a lot of blood during labour and was too weak to breastfeed the newborn. The baby's condition worsened and Gameti's hopes of keeping him alive faded. A local doctor in Rajasthan's Udaipur district suggested that it was high time the child received mother's milk.

It was here that Divya Mothers Milk Bank (DMMB) in Udaipur, one of the very few such functional units in North India, came to Gameti's help by providing the newborn mother's milk in time. Set up in April 2013, DMMB has saved 644 infants whose biological mothers are unable to breastfeed them for a variety of reasons, including being HIV-affected or malnourished.

"Gameti's baby was 15 days old and weighed a mere 900 grams when he was brought here. He was critical, but in 10 days his weight increased to 1.5 kg," said S.L Dharmawat, chief coordinator at DMMB. The milk bank is managed by NGO Maa Bhagwati Vikas Sansthan, which also runs a cradle scheme that has managed to save the lives of over 100 female infants.

Besides infants, other kids, specially girls that are abandoned by parents in Rajasthan's highly patriarchal society, are also fed here. Rajasthan has a high infant mortality rate. According to the 2011 Census, the desert state's infant mortality rate was 52 per 1,000 live births as compared to the India figure of 44.

The overall picture is pretty grim. According to a report prepared by not-for-profit 'Save the Children' and 'Joy Lawn', a professor at the London School of Hygiene and Tropical Medicine, a staggering 1,013 million babies in India died on the first day of birth in 2012."Seventy-five percent of infants in NICU (neonatal intensive care unit) die due to pneumonia and diabetes. Twenty-two percent of such deaths can be prevented by feeding mother's milk," said Devendra Agrawal, the founder of Maa Bhagwati Vikas Sansthan. "The recovery of babies born prematurely is 40 percent faster if they are provided with mother's milk and this is what we do here," Agarwal added.

Agarwal, who also teaches yoga, claims the number of mothers visiting DMMB - who can't produce milk or who have it in excess - has been increasing steadily. "Till November, 1,405 women have donated 8,389 units of milk. One unit is 30 ml," he said. Before pooling, the donor's milk is tested for various diseases like HIV, hepatitis B and the like. The milk is sterilized in a hot air oven for 30 minutes and pasteurized at 65 Degrees Celsius for 30 minutes. The milk is stored at temperatures below -20 degrees Celsius and does not perish for six months if kept frozen.

"Mother's milk is like elixir for newborns. And milk banks like us are trying to do their bit. But we need more of them. The whole of Rajasthan has one - us", said DMMB chief operations officer R.K. Agarwal. It's not just about feeding children. Devender Agarwal claims the milk bank has also helped over 2,000 women produce milk who could not do so earlier because of complications in their breasts. They've made this possible through suction.

"India has only 10 such milk banks. I have heard of functional milk banks in Pune, Mumbai, Surat and some other cities. I want that every city in India has a milk bank", said Devender Agarwal.

CommentsAdded R.K. Agarwal, "Every year 2,76,00,000 births are reported in India. Imagine if half of their mothers donate milk, infant mortality can be drastically reduced." He said India should follow Brazil, that has over 200 human milk banks - perhaps the highest in the world, due to which, Brazil has reduced child deaths by 70 percent.