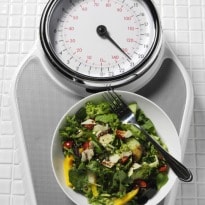 An Indian American doctor and a fellow physician have co-invented a weight control kit that promises to make weight loss supplements, that risk damage to the liver and kidneys, redundant.

Portion control, a dieting method of understanding how much a serving size of food is and how many calories or how much food energy a serving contains, is not a new concept.

"We have presented 'Weight-Loss In A Box'. Our new SlimPlate System provides a plan, as well as a method, for users to control portion sizes effortlessly," the media statement quoted a spokesperson of Ace Medical Weight Loss Centre that produces the kit as saying.

According to the spokesperson, instead of counting on people to figure out the correct portion sizes, the makers of the kit have included portion control plates, cups, bowls and a set of unique portion control cutting rings.

Listen to the latest songs, only on JioSaavn.com
"This gets rid of any guesswork. The SlimPlate System is the only system of weight loss that provides tableware that have clearly marked lines that separate the portions of the different groups of foods. Fruits, grains, vegetables and proteins are all kept within different coloured lines for easy portion-control," he said. It took two years to develop the kit and the results were presented at the 2012 annual meeting of The American Society of Bariatric Physicians in Orlando, Florida.

Comments While Grewal is a recipient of the Charlotte Business Journal's Healthcare Innovator Award for 2013, Nwe holds a diploma from the American Board of Obesity Medicine.