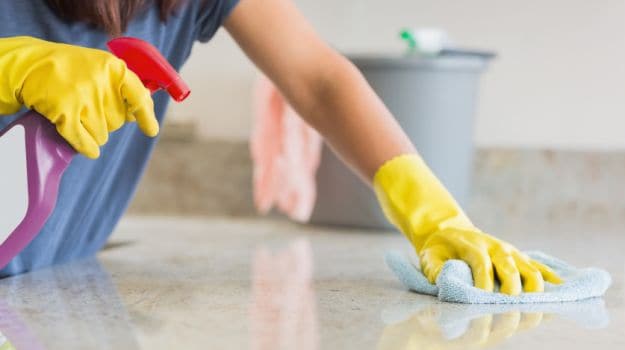 Toddlers exposed to common household cleaners are at a greater risk of getting injured by chemicals which can lead to critical eye injuries and damage internal organs irreparably, according to a recent study.

Toddlers are at the highest risk of burning their eyes with chemicals because household cleaners are often improperly stored and can be easily accessed by kids. "These are terrible injuries as they occur most frequently to children and they are entirely preventable. They are injured largely because they get to chemicals such as household cleaners that are improperly stored," said R. Sterling Haring, Researcher at Johns Hopkins University.

For their research, Haring and his colleagues analysed four years of data which included information from roughly 30 million annual emergency room visits from more than 900 hospitals.

According to the study, injuries occurring at home were more common among those who belonged to the lower-income group. The injuries in young people appeared to drop off substantially after children were old enough to understand the dangers, suggested the study. The researchers said the key to reducing these injuries was simply to keep household cleaners and other chemicals -- most notably products in spray bottles -- out of reach of young children. The most common type of injuries are from alkaline agents -- commonly found in cleansers -- rather than from acids. These tend to do the most damage because the burns continue to cause injury the longer they stay in the eyes.

"If someone gets these chemicals in the eye, they must be immediately flushed out with water, something that can be done by running tap water over the eye for many minutes," added Haring.

The findings, published in JAMA Ophthalmology, highlighted the need to educate the public about what appear to be very avoidable - and potentially permanent - injuries.