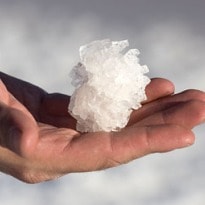 Last week BuzzFeed named eight food additives that should be banned in the US. Here are six equally deadly ones they missed.

Last week BuzzFeed published a list of eight foods that folks in the USA are eating but are banned in other parts of the world. The chemical community turned its venom on BuzzFeed. But I think BuzzFeed did a pretty good job of bringing the debate on chemicals in food to the fore. Don't believe the defence of food additives coming from the likes of Derek Lowe. After all he's part of the mainstream chemical conspiracy so he would defend chemicals wouldn't he?

Before you go breathing a sigh of relief and gloating that those of us outside the US don't get these chemicals in our foods, best think again. You may well live in enlightened areas of the world, with governments that keep you safe from such poisons, but BuzzFeed only scratched the surface. There are plenty of foodstuffs in your larder that are just as bad.

Here's my list of foods, drinks and other kitchen terrors that BuzzFeed might just as easily have mentioned.

E numbers are bad, we all know that. And E290 is no exception. It sneaks its way into fizzy drinks, bread and even your homemade cakes. But this chemical is probably the worst of the lot, because if we don't stop producing it then we are heading for global disaster. The scientific literature is quite clear on the subject, there are over a million peer-reviewed papers that describe the harmful effect it is having on our environment. And they put this stuff in our kids' lemonade!

With a name like 8-methyl-N-vannillyl-6-nonenamide it's bound to be a baddie. If you want more evidence of its unpleasantness then you may like to know that it is used by the police to control rioters. But that doesn't stop it turning up in our nation's favourite meals. In fact you have almost certainly suffered the consequence of an overzealous chef adding a bit too much of this stuff to your Saturday night post-pub curry or kebab. Do excessive sweating, burning sensations and indigestion sound familiar? Well that's good old 8-methyl-N-vannillyl-6-nonenamide for you. Would you believe they even put it in chocolate?

You might not know this but Alzheimer's disease, Parkinson's and CJD (the human version of mad cow disease) are all caused by proteins that have misfolded. Basically perfectly normal proteins get shape-shifted into evil versions of themselves that then cause dreadful diseases. And guess what, when you fry your egg you cause the proteins in the white to misfold. I'll leave you to draw the obvious conclusion.

Fruit juice contains a chemical, DHMO, that is also produced by rocket engines. Think about it for a moment. The same stuff that comes shooting out the back of a rocket on its way to the International Space Station is sloshing around in your fridge and you drink it for breakfast! And nobody does a damn thing about it!

Remember the Hindenburg disaster? The chemical reaction that destroyed the airship also produced DHMO. Fancy that in your refreshing glass of orange juice? I don't care if you have squeezed the stuff straight from citrus fruit grown in your very own organic orangery, with every sip you're consuming DHMO. It can even be found in mineral water, tap water, rainwater - in fact the oceans, rivers and lakes are literally full of the stuff.

Not one but two deadly poisons here. What do you think makes salty snacks so appealing? Nothing other than a delicious mix of a chemical warfare agent used in the trenches of the first world war and an explosive metal. They put this chemical on our crisps, nuts and chips!

And finally one that glows in the dark. In anyone's book, that can't be good. You don't eat it, but you might be eating out of it. Got any green glassware in the house? Well then RUN FOR THE HILLS! There's a good chance it contains uranium! Unbelievably, you can just buy the stuff on the internet, without the slightest controls being in place. Forget food safety for a moment - why aren't British Nuclear Fuels rounding up every last fragment and burying it with their radioactive waste?

Point made, I hope.

Mark Lorch blogs at Try this at Home and tweets as @sci_ents. He is also a lecturer in chemistry at the University of Hull

This common food additive combines an explosive metal with a chemical warfare agent used in the trenches of the first world war. Photograph: Getty