Can a Fruitarian Diet Land You in Hospital? 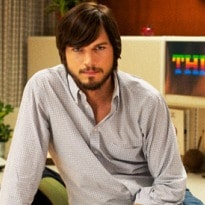 Ashton Kutcher says he was 'doubled over in pain' because of his fruit-only diet. So what is the truth about fruitarianism?

For anyone who thinks fruit is only dangerous if it falls on your head, Ashton Kutcher has revealed a hitherto unknown peril. Kutcher, who is playing the Apple founder Steve Jobs - an occasional fruitarian - in a biopic, claims he was hospitalised after eating a fruit-only diet. "I went to the hospital, like, two days before we started shooting the movie," he told USA Today. "I was, like, doubled over in pain." There are, like, questions: how much fruit was Kutcher eating, and for how long? But the bigger question is: why would anyone follow such a restrictive diet?

Fruitarians eat, unsurprisingly, only fruit. Some include nuts and seeds in their diet, but vegetables, grains and all animal products are banned. Thomas Hamilton, 23, from London, was a fruitarian for two years. "Before, I had acne, allergies, asthma and headaches. One of my biggest dreams was to get rid of the acne because it was affecting my confidence and I did it - by eating fruit." Was it very difficult? "Looking back, it was," he says. "In the morning, I would have a smoothie made of 10 bananas. For lunch, I would have five mangoes. For dinner, I would have bowls of different fruits - melon, apples, peaches, grapes."

Hamilton worked in the City, but now runs a physical fitness company. His wife was not fruitarian and he would sometimes cook normal food for her. "I wasn't eating it, but it would satisfy my hunger." Did his friends stop inviting him to dinner? "People would think it was a bit weird, but I wouldn't mind. People who knew me accepted it. I would go to a Chinese restaurant and they would be eating normal dishes and I would have a box of fresh figs." He admits he was hungry a lot when he was fruitarian, but denies it was too unhealthy.

Is it really possible to live on a fruitarian diet? "It's virtually impossible to get all the nutrients you need," says Gaynor Bussell, a spokesman for the British Dietetic Association. "You would miss out on essential fatty acids. One of the big ones is B12, and you can get some sort of anaemia if you don't get enough. And deficiencies in calcium, protein and iron would lead to tiredness and lethargy. You would be prone to osteoporosis. The immune function would probably be quite low. We have to have things from all the different food groups for a reason."

"I wouldn't say it should be a long-term diet, but something you should do for a short time," says Hamilton. "Long-term, you will just find it difficult to function in a normal society."

Ashton Kutcher as Steve Jobs in the biopic jOBS. The Apple founder was also an occasional fruitarian. Photograph: Glen Wilson/AP