Can Vinegar Be Used To Treat Tuberculosis? 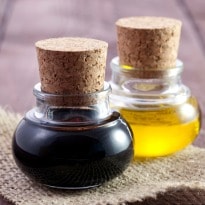 An international team of researchers has found that an active ingredient in vinegar can effectively kill mycobacteria and even the highly drug-resistant mycobacterium tuberculosis.

Acetic acid in vinegar might be used as an inexpensive and non-toxic disinfectant against the drug-resistant tuberculosis (TB) bacteria as well as other stubborn, disinfectant-resistant mycobacteria, they found.

"For now, this is simply an interesting observation. Vinegar has been used for thousands of years as a common disinfectant and we merely extended studies from the early 20th century on acetic acid," explained Howard Takiff, head of the laboratory of molecular genetics at the Venezuelan Institute of Scientific Investigation (IVIC) in Caracas, Venezuela.

Testing a drug that needed to be dissolved in acetic acid, Cortesia found that the control with acetic acid alone, killed the mycobacteria she wanted to study.

"After Claudia's initial observation, we tested for the minimal concentrations and exposure times that would kill different mycobacteria," noted Takiff. "There is a real need for less toxic and less expensive disinfectants that can eliminate TB and non-TB mycobacteria, especially in resource-poor countries," Takiff observed.

Whether it could be useful in the clinic or labs for sterilizing medical equipment or disinfecting cultures or clinical specimens remains to be determined, said the study published in mBio, the online journal of the American Society for Microbiology.