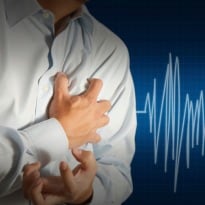 Research suggests that men with low levels of testosterone along with Type 2 diabetes face a greater risk of developing heart disease when compared to diabetic men with normal testosterone levels.

The study was published in Endocrine Society's Journal of Clinical Endocrinology & Metabolism and found a link between testosterone levels and atherosclerosis - a cardiovascular disease which occurs when fat, cholesterol and other fatty substances build up along the walls of the arteries and restrict the blood flow. The plaque can also burst at any point and lead to a blood clot.

According to one of the authors, Javier Mauricio Farias, of the Hospital Universitario Sanatorio Guemes in Buenos Aires, Argentina,"Our study indicates a strong association between low testosterone concentration and the severity of atherosclerotic plaques as well as other key atherosclerotic markers in middle-aged men with Type 2 diabetes."

He added, "The results of our study advance our understanding of the interplay between low testosterone and cardiovascular disease in patients with diabetes."

Several studies have raised concerns about the safety of testosterone therapy and the risk of cardiovascular complications. There has also been a significant increase in the number of
older men receiving testosterone replacement therapy in the past decade.

The study was conducted on 115 patients, aged 70 and below, with no history of cardiovascular disease. Researchers took blood samples from each participant to their current level of testosterone. The findings showed that those with Type 2 diabetes had low concentrations of testosterone.

Promoted
Listen to the latest songs, only on JioSaavn.com
The new study examined testosterone levels and key atherosclerotic markers, including intimal media thickening of the layers in the carotid artery, the presence of atherosclerotic plaques, function of the endothelial cells that line the heart and blood vessels, and inflammatory markers in 115 men with Type 2 diabetes.

CommentsFarias concluded by saying that there is still a need to determine whether testosterone is directly involved in the development of atherosclerosis or if it is merely an indicator of advanced disease.