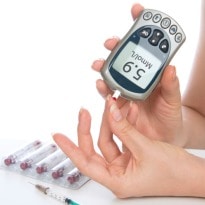 In diabetic patients, high blood sugar levels are known to slowly damage blood vessels, especially those in the heart and brain. According to an alarming study which appeared in the Journal of Circulation, a diabetic is six times more likely to develop heart failure and four times more likely to have a heart attack. (More: Two-minutes of intensive exercise can help prevent diabetes)

For the study, researchers were able to identify levels of troponin concentrations, a protein released into the blood when heart cells die. They tested samples from more than 9,000 participants in the Atherosclerosis Risk in Communities Study (ARIC) at two time points, six years apart.

Elizabeth Selvin, lead researcher and associate professor of epidemiology at the Johns Hopkins University's Bloomberg School of Public Health said "It looks like diabetes may be slowly killing heart muscle in ways we had not thought of before."