Do Herbal Medicines Improve Our Health? 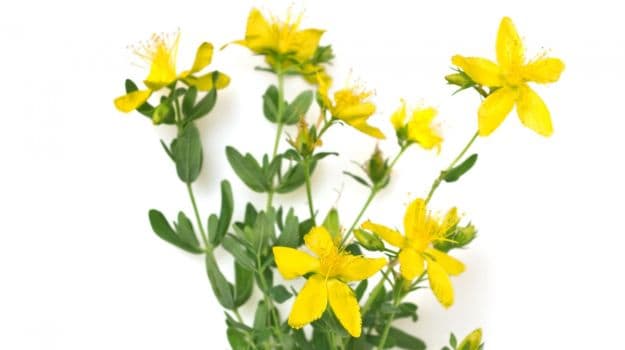 About a quarter of us use them and it's a multimillion-pound market. But do any of them work? We look at the evidence

Herbal medicines are used by about a quarter of adults in the UK, the market is worth at least £485m, and they have a powerful advocate in Prince Charles. In one of his recently published "black spider" letters, sent to Tony Blair in 2005, the Prince urged a delay implementing EU restrictions on herbal medicines: "I think we both agreed this was using a sledgehammer to crack a nut." But concerns over safety, standardisation, interactions with other drugs, as well as extravagant claims and lack of evidence for efficacy have all led to attempts to regulate herbal medicine and its practitioners.

Edzard Ernst, emeritus professor of complementary medicine at Exeter University, says they should be judged in the same way as conventional ones: "If a therapy demonstrably generates more good than harm, it should be considered for routine use." The problem is that, without good clinical trials, it is hard to say whether a medicine does work - and trials are expensive, time-consuming and hard to organise, especially for small manufacturers.

Since 2011, products have to be registered with the Medicine and Healthcare Products Regulatory Agency (MHRA) and granted a traditional herbal registration (THR) before going on sale. The MHRA usually requires drugs to be of sufficient quality, safety and effectiveness but, in the case of herbal medicines, it recognised the difficulty in providing evidence of effectiveness and asked only for proof of quality and safety and patient information. Reassuringly, registration means that hundreds of potentially dangerous products have been banned.

However, herbal practitioners don't need a licence to supply medicines that they create on their own premises following one-to-one consultations, as long as they don't contain banned substances. Practitioners may voluntarily sign up to one of a number of organisations, but these have no clout. Even if the organisation kicks them off its list for bad practice, there is nothing to stop them setting up in the high street.

So, on the plus side, over-the-counter herbal medicines in the UK are now safe and available in a fixed dose. But is there evidence that any of them work?

Each year, 1.5m packs of St John's wort (Hypericum extract) are sold in the UK. Trials suggest it is more effective than placebo, and as effective as prescribed antidepressant drugs such as Prozac in mild-to-moderate depression. Though generally safe, it can interact with other drugs such as the contraceptive pill. It isn't recommended for children, or women who are pregnant or breastfeeding because of a lack of high-quality studies.

Justin Stebbing, professor of cancer medicine at Imperial College, London, says that many people turn to herbal medicine and complementary therapies when they feel shortchanged by conventional medicine.

"We need to look at a whole jigsaw of options in treating cancer - diet, anti-inflammatory drugs and others - to see how it fits in with chemotherapy. Many drugs used to treat cancer are derived from plants, such as taxol from yew trees and vincristine from periwinkle." The herb milk thistle may have liver-protective effects that can be useful in cancer patients undergoing chemotherapy. "It's definitely worthy of further study," he says.

Black cohosh and red clover are often used to reduce menopausal hot flushes. Standardised formulations are safe but there is no evidence that they are more effective than placebo. One small study showed improvement in libido and hot flushes in 15 women given nutrition and lifestyle advice and a tailor-made herbal prescription, compared with a control group.

Many people with diabetes turn to natural herbs and spices to lower blood sugar, including aloe vera, bilberry extract, bitter melon, ginger, cinnamon and okra. The risks are that either they don't work, resulting in uncontrolled diabetes, or they may work well, but in an erratic way, causing low blood sugar levels, especially when taken with conventional sugar-lowering drugs such as insulin.

Ayuverdic physicians use a mixture of herbs and lifestyle advice. A Cochrane collaboration review of seven trials of Ayuverdic medicines used to treat diabetes found some positive results and no serious side-effects, but said no firm conclusions could be drawn. Potentially harmful levels of metals, including lead, mercury and arsenic, have been found in up to a fifth of Ayuverdic products bought online.

Some herbal remedies may be effective in treating asthma. An analysis of 17 randomised controlled trials into the use of herbal preparations in asthma (Chinese and Ayuverdic medicine) found a significant improvement in more than half of the trials. The herbs included Tylophora indica, marijuana and dried leaf extract among others, though the analysis couldn't identify which was effective. However, many herbs interact with conventional treatment. St John's wort makes the asthma-relieving drug aminophylline less effective, so symptoms may get worse. Herbalists often stock royal jelly, made by bees, which is marketed for use in asthma, among other conditions. But Asthma UK strongly recommends that people with asthma and allergies don't take it as there have been reports of severe, and occasionally fatal, asthma and allergic attacks.

Many people with IBS turn to herbal medicines to help control symptoms of diarrhoea, bloating and abdominal cramps. Traditional Chinese medicine uses formulas including rhubarb, tangerine, cardamom and liquorice and five or more herbs. Individual herbs can be used for specific symptoms; UK doctors prescribe peppermint oil capsules for bloating and cramps in IBS, even though evidence is limited. Ginger is widely believed to help nausea, with some evidence that it is better than placebo in morning sickness and sea-sickness though not necessarily in IBS. Iberogast is a combination of nine herbs and plant extracts, and appears to be effective in treating symptoms of indigestion and IBS with minimal side-effects.