Does Having Sugary Food Cause Diabetes?

Insulin is released by the pancreas and plays a major role in helping your body store and utilize the sugar and fat from the food you eat. But do you think eating too much sugar can cause diabetes? 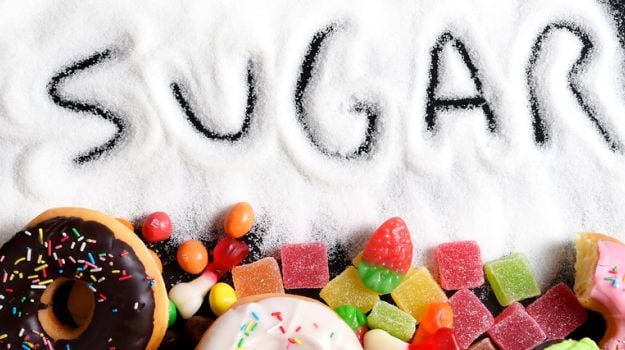 Diabetes Mellitus, often referred to as diabetes, is a life-long condition in which a person suffers from high blood glucose levels either because the body does not produce adequate insulin or because the body's cells are not able to respond properly to insulin or in some cases even both. Insulin is released by the pancreas and plays a major role in helping your body store and utilize the sugar and fat from the food you eat. But do you think eating too much sugar can cause diabetes?

The American Diabetes Association regards this as a myth but the answer is not so simple. According to their experts, Type 1 Diabetes is caused by genetics and unknown factors that trigger the onset of the disease. This is the types of diabetes that often begins in childhood and therefore, is also known as juvenile-onset diabetes. It is an autoimmune condition which means that in this case the antibodies in our body start attacking the pancreas and so, it is not able to produce insulin.

Further, type 2 diabetes is caused by genetics and lifestyle factors. This is the most common type of diabetes. In this case, the pancreas does produce some amount of insulin but either it is not enough or the body's cells are resistant to it.  However, the American Diabetes Association does recommend that people should avoid the intake of sugar-sweetened beverages to help prevent diabetes such as soda, energy drinks, fruit drinks and sports drinks.

We asked Dr. Sujeet Jha, Director - Endocrinology, Diabetes & Obesity at Max Healthcare to clear our doubts. He tells us, “Consumption of sugar directly may not cause diabetes but it may lead to other problems that may trigger diabetes. For instance, obesity or being overweight, which are the biggest causes of diabetes. Since diabetes is linked to the management of sugar in body, it does not mean that having sugar can cause diabetes. But you must know that excess of refined sugar or added sugar is anyways harmful as it contains no nutrition and only adds to your calories. I would suggest that you to stick the WHO guidelines that recommends limiting the intake of added sugar to 25 grams or 6 teaspoons.”

It is now understood that sugar alone is not the factor that can cause diabetes.  Noida-based Nutritionist and Physician from Kailash Hospital, Dr. Parveen Verma agrees and shares, “Diabetes is not necessarily caused by just eating sugary food items. It can result from diverse factors such as obesity, stress, polyphobia or polyuria. The possible connection between refined sugar and diabetes is the fact that foods containing carbohydrates depress blood glucose levels the most such as sugar. It is suggested that foods containing only carbohydrates have a more severe impact on the bloody glucose level in comparison with foods containing fats and protein along with carbohydrates.”

(Also read: All About The Good Carbs and the Bad Carbs)

Excess consumption of refined sugar can lead to obesity which may trigger diabetes. Photo Credit: Istock

Promoted
Listen to the latest songs, only on JioSaavn.com
Therefore, diabetes is not necessarily the result of eating more sugar. More often than not, it can also be caused by both genetic and environmental factors. As scientific studies suggest and to reiterate, diabetes is usually due to the pancreas not producing enough insulin or the cells not responding to the insulin produced in the body. As a result of this, your body may not be able to manage the blood sugar levels.

Due to lack of the right knowledge, the procedure for managing diabetes often gets cluttered. We consume sugar on a daily basis found naturally in the fruits and vegetables we eat. In fact, according to Macrobiotic Health Practitioner Shilpa Arora, some fruits such as pomegranates, grapes, apples, papaya and guavas can be good for diabetics.

CommentsThe debate about sugar affecting our health is mainly fixated on the ‘added sugar’ such as caster sugar used for baking, table sugar added to our drinks and the concealed sugars in ready-made meals, drinks and various other packaged eatables which is definitely harmful for our health when consumed excessively. However, the causes of diabetes vary considerably depending upon an individual’s genetic make-up, ethnicity, family history and environmental factors.