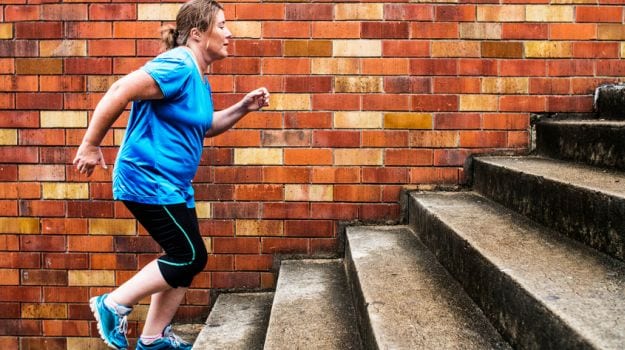 Moderate exercises like walking and strength training when done thrice a week can help obese women to reduce the risks associated with gestational diabetes - a form of high blood sugar affecting pregnant women, a study says.

Obese women are at increased risk of complications during pregnancy, the most common of which are gestational diabetes, high blood pressure, a large increase in weight as well as pre-eclampsia.

"It's important to reduce obesity-related pregnancy complications because they can have long-term consequences for both the mother and her child," said lead researcher Trine Moholdt from the Norwegian University of Science and Technology (NTNU) in Trondheim, Norway. Obese mothers are also at an increased risk of needing a Caesarean section and giving birth to large babies. These complications can have a great impact on the health of both mother and child, not just during pregnancy, but also later in life, the researchers said.

The findings showed that the amount of exercise needed to reduce the risk of gestational diabetes is not very high. "That meant that even a little training during pregnancy can be beneficial," said Kirsti Krohn Garnaes, doctoral candidate at NTNU. Further, women who followed the exercise regimen also showed lower blood pressure towards the end of their pregnancy. "We advise all women to exercise during pregnancy, as long as there aren't any medical reasons that prevent them from exercising," Moholdt suggested.

In a large study researchers studied the effect of regular exercise during pregnancy in 91 obese and pregnant women. Women in the exercise group were invited to three weekly supervised sessions of 60 minutes throughout the course of their pregnancy. The training consisted of 35 minutes of moderate intensity treadmill walking and 25 minutes of strength training. The control group was given standard prenatal care. Of these, only two in the exercise group versus nine in the control group developed gestational diabetes.

The results were published in the journal PLOS Medicine.