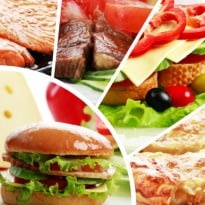 Indulging in fatty foods could destroy stomach's signals to the brain, according to a new study which gives insight why many dieters tend to regain the weight after losing it.

New University of Adelaide research has found the nerves in the stomach which signal fullness to the brain appeared to be desensitised after long-term consumption of a high-fat diet. The findings could explain why many dieters tend to regain the weight they have lost. PhD student Stephen Kentish investigated the impact of high-fat diets on the ability of the gut to signal its fullness, and whether those changes revert back to normal by losing weight.

Study leader Associate Professor Amanda Page said laboratory studies showed the stomach's nerve response does not return to normal upon a return to a normal diet. "This means you would need to eat more food before you felt the same degree of fullness as a healthy individual," she said.

"A hormone in the body, leptin, known to regulate food intake, can also change the sensitivity of the nerves in the stomach that signal fullness. "In normal conditions, leptin acts to stop food intake. However, in the stomach in high-fat diet induced obesity, leptin further desensitises the nerves that detect fullness."

Promoted
Listen to the latest songs, only on JioSaavn.com
Associate Professor Page said the two mechanisms combined meant that obese people needed to eat more to feel full, which fuels their obesity cycle. She said the results had "very strong implications for obese people, those trying to lose weight, and those who are trying to maintain their weight loss".

"Unfortunately, our results show that the nerves in the stomach remain desensitised to fullness after weight loss has been achieved," she said.

Comments Associate Professor Page says the researchers were not yet sure whether the effect was permanent or just long-lasting.