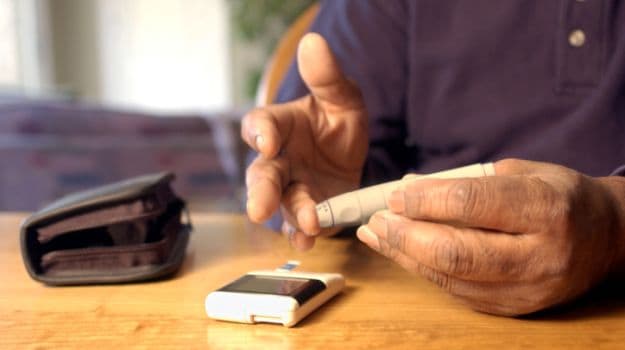 The global diabetes rate has risen by nearly half over the past two decades, according to a new study, as obesity and the health problems it spawns have taken hold across the developing world.
The prevalence of diabetes has been rising in rich countries for several decades, largely driven by increases in the rate of obesity. More recently, poorer countries have begun to follow the trend, with major increases in countries like China, Mexico and India.

The study, published Monday in the British medical journal The Lancet, reported a 45 percent rise in the prevalence of diabetes worldwide from 1990 to 2013. Nearly all the rise was in Type 2, which is usually related to obesity and is the most common form of the disease.

A major shift is underway in the developing world, in which deaths from communicable diseases like malaria and tuberculosis have declined sharply, and chronic diseases like cancer and diabetes are on the rise. The pattern is linked to economic improvement and more people living longer, but it has left governments in developing countries scrambling to deal with new and often more expensive ways to treat illnesses.

The study, led by the Institute for Health Metrics and Evaluation, a research group, was funded by the Bill and Melinda Gates Foundation. It is the largest analysis of global disability data to date, drawing on more than 35,000 data sources in 188 countries.

The study measured the burden of disability by calculating the proportion of a population living with any given disorder in a year. It found that the numbers of people living with disability have gone up - largely a result of population growth and aging - but that the rate of disability declined slightly, dropping to 110 per 1,000 people in 2013, compared with 114 per 1,000 in 1990.Nor had the top-ranking disabilities changed much. The top five were lower back pain, major depression, iron deficiency anemia, neck pain and hearing loss from aging. In a stark illustration of the decline of infectious disease in many countries, diarrheal diseases fell to 25th place from 15th. But diabetes increased as a share of the overall burden of disability, moving to No. 7 in 2013 from No. 10 in 1990.

China helped drive the rise in the global toll of diabetes. The prevalence of the disease there increased by about 56 percent over the period of the study. But it was not the country with the largest rise. In the United States, the rate increased by 71 percent and in Saudi Arabia by 60 percent. In Mexico it rose by 52 percent.

Theo Vos, a professor of global health at the institute, which is based at the University of Washington, noted that while the prevalence of diabetes had greatly increased, death rates from the disease had slowed substantially. People with diabetes are living longer, he said, in part because medical systems have gotten better at preventing people from dying from its complications.

In the United States, rates of diabetes complications including heart attacks, strokes, kidney failure and amputations fell sharply over the past two decades, in part the result of better medical care, monitoring and medications. Middle-income countries like China have gotten better at treating the illness too, Vos said. “On balance the burden is coming down - it’s better to be alive, even if you have disability,” he said. “But the downside is that it requires much more health system resources to treat people with these chronic problems.”

Listen to the latest songs, only on JioSaavn.com
Investments in the health systems of low-income countries have long been geared toward treating infectious disease, a pattern that needs to change, he said.