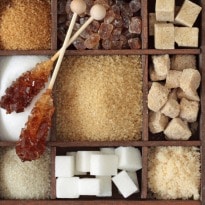 If you are obese or diabetic and have not yet had your breasts examined, it's time to visit the doctor.

Scientists have now discovered why high blood sugar coupled with diseases such as obesity and diabetes can raise the risk of breast and other cancers.

"Furthermore, through a series of painstaking analysis, we have discovered two new pathways through which increased uptake of glucose could itself activate other oncogenic pathways. This discovery provides possible new targets for diagnosis and therapeutics," said Bissell, a leading authority on breast cancer.

The study was carried out using a 3D culture assay -- an investigative or analytic procedure in labs -- developed earlier by Bissell and her group for mouse mammary cells and later with her collaborator, Ole Petersen, for human breast cells. The assay enables actual reproduction of breast cells to form structural units and for malignant cells to form tumour-like colonies.

"Our work highlights the importance of the context in studying pathways involved in tissue-specificity and disease, and sheds additional light on the relationship between metabolic diseases and cancer," Onodera explained.

The study also confirmed the efficacy of anti-diabetic drugs, such as metformin -- which lower blood glucose levels -- in lowering cancer risks and mortality.

The results of the study have appeared in the latest edition of the Journal of Clinical Investigation.

The demon drink: war on sugar

Should I cut out sugar?

Sugar is bad for us and we should all stop eating it - right?

Promoted
Listen to the latest songs, only on JioSaavn.com
Diabetes may up risk of breast and colon cancer