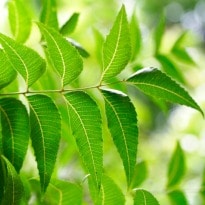 The medicinal power of the humble neem, widely used in India as an insecticide and germicide, is now being channelised by a group of Kolkata scientists to wage a war against cancer.

The team of researchers at the Chittaranjan National Cancer Institute (CNCI) here has shown (in its two successive papers) how a purified protein from neem leaves inhibits growth of tumour cells in mice.

Instead of targeting the cancer cells directly, the protein - Neem Leaf Glycoprotein or NLGP - modulates the immune cells (cells that are responsible for providing immunity to the body against harmful agents) present within the tumour environment and also in the peripheral system like blood.

Immune cells are normally hostile to cells that are dangerous to the body including cancer cells. However, in a unique role-reversal during tumour development, these crucial defence elements are enslaved by the cancerous cells to promote their growth and proliferation. Therefore, instead of destroying the lethal cells, the guard cells actually favour their growth.

What makes NLGP special is that the extract modifies the milieu of cells surrounding the tumour (called tumour microenvironment or TME) and spurs these cells towards a normal state that is debilitating for toxic cells like cancer cells.

"In our recent study we have seen that NLGP has the potency to normalise tumour micro-environment consisting of tumour cells and tumour associated non-transformed cells that help in tumour progression. Basically, NLGP modulates the tumour microenvironment in such a way that it restricts further growth of the tumour," Rathindranath Baral, head of the department of immunoregulation and immunodiagnostics, CNCI, told IANS.

Besides the immune cells (that infiltrate the tumour site from the bloodstream) the TME consists of a variety of other cells (fibroblast and endothelial cells) in addition to a range of growth factors that activate and promote growth of tumour cells.

Among the immune cells is a group of cancer-killing cells called CD8+T cells.

As the microenvironment returns to the tumour-directed hostile state, triggered by NLGP, the population of T cells shoots up, thereby aiding in restriction of the cancer. NLGP also shields the T cells from developing a non-reactive state (called anergy).

The study published in peer-reviewed PLOS ONE states that these killer T cells (produced in NLGP treated tumour-bearing mice) exhibited a greater number of molecules with the power to destroy the cancer cells, compared to the T-cells from mice that were not treated with NLGP.

Promoted
Listen to the latest songs, only on JioSaavn.com
"Examination of non-toxic NLGP on human cancer patients is awaited. But if we get clearance to treat cancer patients with NLGP, intramuscular injection might be an effective route," Baral said.

"Initial results are very encouraging. It has been found that it can arrest the progress of the tumour cell growth, particularly without any major or serious adverse event.

Comments "However, we have to take up this molecule with different regulatory bodies, particularly with the Drug Controller General of India, for their approval...Once it is approved, we can take up this in human trial," said Jaydip Biswas, director, CNCI.