Is It Safe To Give Honey To Infants To Relieve Cough? Here's The Answer

One of the most common remedies for cough in traditional households is giving baby small amount of honey. Let's look at what our experts have to say. 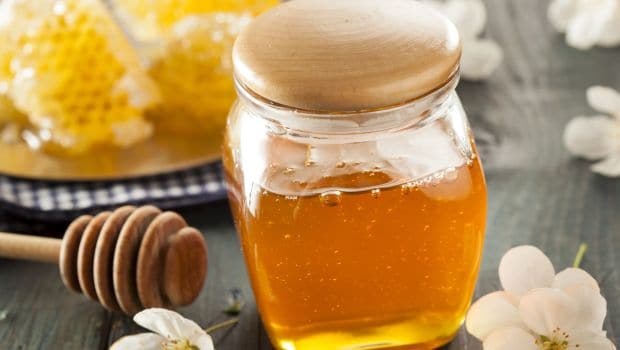 Cold and cough are the most common health conditions an infant suffers from, considering the little ones are still developing a healthy immunity system. The factors causing cold and cough along with other allergies can be many. From change of weather to ingesting something cold, anything can be a reason for infants under one year of age to fall sick. While most parents turn to paediatricians or experts, some like to stick to home remedies. One of the most common remedies for cough in traditional households is giving them small amount of honey. Let's look at what our experts have to say.

According to Consultant Nutritionist Dr. Rupali Datta, "Traditionally, honey has been used to relieve cough for many years. However, it is very important to check the infants for an allergic reaction. One shouldn't be giving honey to a baby under six months. Once you begin giving baby foods to infants between six months to one year, that's when you can try giving them small amount of honey. Be extremely careful of the quantity and quality of honey before giving it to them."

Traditionally, honey has been used to relieve cough for many years

According to Dr. Subhash Rao, Consultant Paediatrician Hiranandani Hospital, Vashi (A Fortis Network Hospital), "No child above two years of age should be given honey, even if it is to cure coughing. Anybody above two years of age can easily get instant relief from cough. Honey, because of its viscosity, helps in soothing the inflamed irritable mucosa (lining of throat). Besides, honey has a few anti-infective properties as well, which benefit the child."

While honey may have many disinfectant properties, it can, very occasionally, contain a spore of a bacterium known as clostridium botulinum, which is found in dust and dirt when contaminated. This can cause a rare form of food poisoning in babies, called botulism. The bacterium is harmless to older kids and adults as they have a stronger digestive system. However, babies haven't developed the ability to fight the spores yet. So, giving honey to a baby who is not more than six months old may result the bacteria to multiply.

Raw honey may have many health benefitting properties; however, it may not prove to be equally good for babies that are not more than a year old. It is best to not give them honey if they suffer from coughing, rather, consult a paediatrician who could guide better.