Little Bit of Butter May Be Harmless For Your Heart 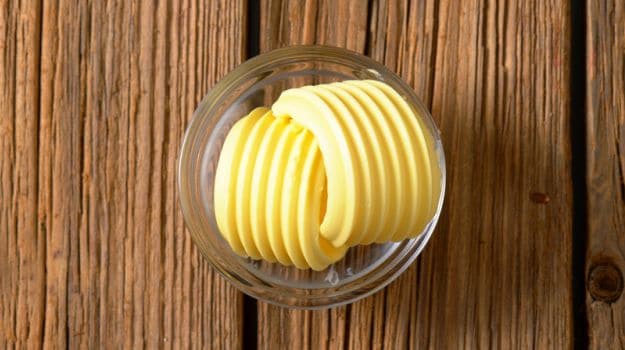 Consuming butter in limited quantities may not increase the risk of heart disease or stroke -- and it might actually be slightly protective against diabetes, finds a new study.

The findings showed that patients suffering from heart problems or any related chronic diseases have no cause to worry as the increase in risk due to butter consumption was extremely small.

Butter has been found as a healthier choice in comparison to sugar and starch-enriched food like white bread or potatoes. However, butter when spread on unhealthy foods like white bread may increase the risk of diabetes as well as cardiovascular diseases. "Our results suggest that butter should neither be demonised nor considered 'back' as a route to good health," said Dariush Mozaffarian, Associate Professor at Tufts University in the US.

On the other hand, consuming margarine and cooking oils rich in healthy fats such as soybean, canola, flaxseed and extra virgin olive oils are likely to lower the risks compared to butter or        refined grains. "Even though people who eat more butter generally have worse diets and lifestyles, it seemed to be pretty neutral overall," said Laura Pimpin, Data Analyst at the UK Health Forum -- a charitable health organisation, while adding that butter was a "middle of the road" food.

The study published in PLOS ONE, found mostly small or insignificant associations of each daily serving of butter with total mortality, cardiovascular disease and diabetes. "More research is needed to better understand the observed potential lower risk of diabetes, which has also been suggested in some other studies of dairy fat," the researchers noted.

The scientists conducted a study over a group of 6.5 million people from over 15 different countries.

Over the total follow up period, the combined group of studies included 28,271 deaths, 9,783 cases of cardiovascular disease and 23,954 cases of new-onset Type 2 diabetes.