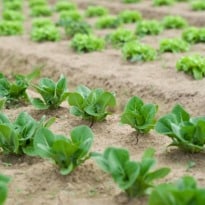 Bioactive compounds in plant foods control genetic and other biological factors that lead to chronic diseases, an American study says, reinforcing the idea that people who consume vegetarian diets rarely fall victim to such ailments.

Sixty-three percent of the deaths in 2008 were due to cardiovascular diseases, cancers, type 2 diabetes, obesity and other chornic diseases, the World Health Organisation (WHO) says.

Toni Tarver, from the Institute of Food Technologists (IFT), discusses recent discoveries in nutritional genomics that explain how plant-based diets are effective at warding off disease.

Her article indicates that bioactive compounds in plant foods play a role in controlling genetic and other biological factors that lead to chronic disease, according to an IFT statement.

Research studies have long indicated that a high consumption of plant foods is linked with lower incidents of chronic disease.

Listen to the latest songs, only on JioSaavn.com
For example, antioxidants in plant foods counter free radicals that can cause chronic inflammation and damage cells. And other plant compounds help control a gene linked to cardiovascular disease and plaque build-up in arteries and the genes and other cellular components responsible for forming and sustaining tumours. William W. Li, president and medical director of the Angiogenesis Foundation in Cambridge, Massachusetts, says that all consumers should look at their diets as if food is the medicine necessary to maintain healthy, disease-free lives. "Prevention is always better than a cure."

Comments For more than 70 years, IFT has existed to advance the science of food. Our non-profit scientific society-more than 18,000 members from more than 100 countries-brings together food scientists, technologists and related professions from academia, government, and industry.