Paracetamol Does not Help Lower Back Pain, Study Finds 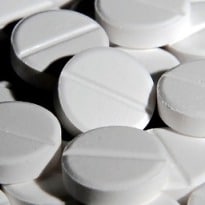 Paracetamol does not help to relieve lower back pain despite it being a commonly prescribed treatment, according to new research.

A study from Australia, published in the Lancet, has found that the painkiller is no better than a placebo at aiding recovery from or reducing the pain linked to an ailment that afflicts 26 million Britons.

The associate professor Christine Lin, of the Oxford-based George Institute for Global Health, the senior author of the paper, said people with back pain would be better off being as active as possible, avoiding bed rest, using heat wraps or heat packs and considering spinal manipulation.

In the study 1,652 adults in Sydney with acute lower back pain and an average age of 45 were given paracetamol three times a day for four weeks, or when they needed it, or a placebo.

The average length of time it took them to recover was almost the same for all three groups: 17 days for the two groups taking paracetamol and 16 days for those on the placebo. The painkillers yielded no benefit in terms of relieving short-term pain or disability or improving sleep or quality of life.

The findings should make medical bodies think again about their "almost universal endorsement of paracetamol as the first-choice painkiller for low back pain", the authors said.

Dr Tim Salomons, a pain expert at Reading University who recently showed that cognitive behavioural therapy can help treat chronic pain, said: "One of society's most trusted pain relief drugs has been shown to not improve recovery times in lower back pain, an extremely prevalent disorder. If the drug is not doing what it is being prescribed to do, pain patients might be better off without."

The study found those taking paracetamol and the placebo took the same average length of time to recover. Photograph: Joe Giddens/PA