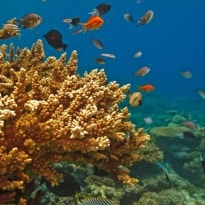 Margo Haygood, marine microbiologist from the Oregon Health and Science University (OHSU), led the study with partners from the universities of the Philippines and Utah, the Academy of Natural Sciences, Philadelphia, and Ocean Genome Legacy.

The research team initially focused on shipworms because of their creative use of bacteria to convert wood -- a poor food source lacking proteins or nitrogen -- into a suitable food source where the animal can both live and feed, the journal Proceedings of the National Academy of Sciences reports.

This research revealed that one form of bacteria utilized by shipworms secretes a powerful antibiotic, which may hold promise for combating human diseases, according to an OHSU statement.

"The reason why this line of research is so critical is because antibiotic resistance is a serious threat to human health," says Haygood, professor at the OHSU School of Medicine.

"Antibiotics have helped humans battle infectious diseases for over 70 years. However, the dangerous organisms these medications were designed to protect us against have adapted due to widespread use," says Haygood.

Comments "Without a new class of improved antibiotics, older medications are becoming less and less effective and we need to locate new antibiotics to keep these diseases at bay. Bacteria that live in harmony with animals are a promising source," adds Haygood.