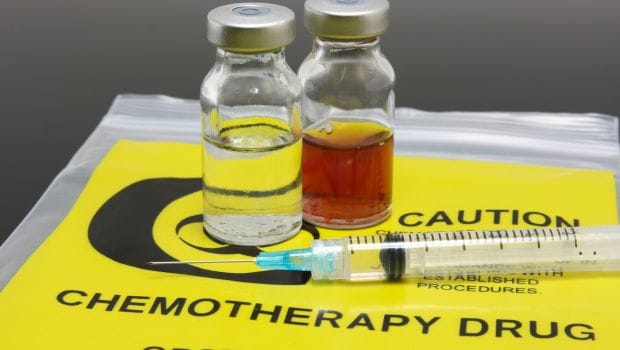 Highlights
Cancer kills close to 9 million people every year. Early detection and prevention are of the utmost importance in the fight against this debilitating disease. Cancer treatment has a range of medication plans and therapies including radiation therapy, surgery, hormonal therapy and chemotherapy among others.

Chemotherapy is known to have its own side effects. The potent drugs that the therapy uses harm healthier cells also in the process of destroying their cancerous counterparts. Experts at the University of Southern California recently examined the side-effects of a combination of chemo drugs. It was found that the administration of doxorubicin along with other drugs like rapamycin and dexamethasone led to greater chemo-related cell damage and high blood sugar levels as opposed to doxorubicin alone. The study was conducted on mice.

Cancer Research UK describes doxorubicin as a type of chemo drug used to treat many kinds of cancer. It works by, "stopping the growth of cancer cells. One way that doxorubicin works is by blocking an enzyme called topo isomerase 2 that cancer cells need to divide and grow." Associated side-effects depend of the health of the patient receiving doxorubicin, the number of times and the quantity of the drug received.

Some of the common side-effects of doxorubicin when received in isolation are weakness, hair loss, sensitivity to sunlight, sore throat and watery eyes; more than 10 out 100 patients may experience more than one of the above mentioned symptoms. Occasional side-effects include loss of appetite, inflamed drip site, drop in platelet count, skin rash, diarrhea among others; less than 10 patients out of 100 may experience these symptoms.

"This combination [doxorubicin with dexamethasone or rapamycin] could be very dangerous; it made the mice much more sensitive to chemotherapy and it could also make patients more sensitive to chemotherapy," he said. "What is concerning is that drugs such as dexamethasone could be toxic even though they are often given to patients to reduce minor side effects of chemotherapy treatment," noted the study published PLOS Biology. The team suspected that the vulnerability of otherwise healthy cells was increased due to elevated blood sugar.

Fasting or a low-calorie diet was initiated in the mice group that received dexamethasone or rapamycin along with doxorubicin in order to offset the potentially dangerous hike in blood glucose. It was found that the mice-group that was on a fasting diet during the combination treatment showed less damage to healthy heart cells than the mice that had eaten a normal diet.