The Surprisingly Easy Way to Reduce Your Anxiety, Thank You Very Much 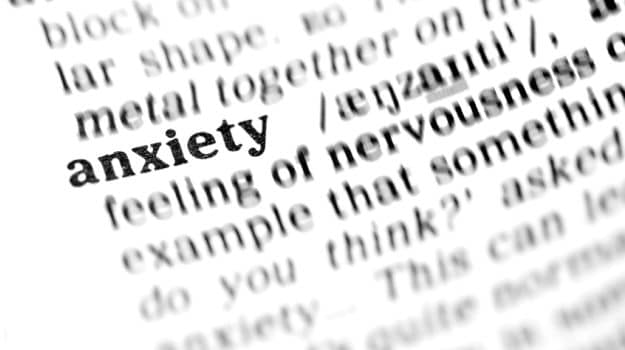 It isn't easy being anxious. You can't sleep, you can't concentrate, you're tired and cranky. The good news: Curbing your anxiety may be easier than you think - perhaps as easy as saying "thank you."

Anxiety tends to turn people inward, make them more introspective and therefore less socially engaged. Previously, scientists have shown that people who are more self-focused do in fact experience greater levels of anxiety.

Two psychologists at the University of British Columbia recently decided to test whether acts of kindness, already shown by researchers to increase a person's happiness, might also help alleviate social anxiety.

In a study published in the journal Motivation and Emotion, Jennifer Trew and Lynn Alden described their study of 115 socially anxious college students. The two researchers divided their subjects into three groups. The first group was asked to engage in three acts of kindness a day, two days a week, over a period of four weeks. Examples of acts of kindness by the participants included washing a roommate's dishes, mowing a neighbor's lawn and donating to charity.

The second group was asked to insert themselves into, or expose themselves to, social situations, also over a four-week span. These situations included asking a stranger for the time, talking with a neighbor, and asking another person to lunch. Subjects were also instructed to do deep-breathing exercises beforehand to make their tasks easier to perform.

The third group, the control, was asked merely to keep a diary of personal events.

The results: The first group, who engaged in acts of kindness, "experienced a greater overall reduction in avoidance goals." That is, they experienced fewer instances of avoiding social situations because of their fear of rejection or conflict.

"We found that any kind act appeared to have the same benefit, even small gestures like opening a door for someone or saying 'thanks' to the bus driver," Alden said in a statement.

Being outwardly directed and engaging in acts of kindness have also been linked to optimism. In another recent study, scientists linked gray matter volume in the left orbitofrontal cortex, the area right behind your left eye, to increased optimism and decreased anxiety. The more gray matter, the more optimistic the person. The more optimistic, the less anxious.

Previous research has shown that brain anatomy can change in response to pessimism. When Japanese scientists tracked changes in the brain anatomy of young adults after Japan's 2011 earthquake and tsunami, they discovered the orbitofrontal cortex in many of their subjects had atrophied and shrunk. Those who lost the most volume in the left hemisphere of their orbitofrontal cortex had a greater likelihood of being diagnosed with post-traumatic stress disorder.

In this latest study, published in the journal Social, Cognitive and Affective Neuroscience, researchers at the University of Illinois at Urbana-Champaign looked at the brain anatomy of 61 healthy young adults and then administered a series of psychological tests. By calculating the volume of gray matter in certain brain structures relative to overall brain volume, they discovered that the subjects who were most optimistic and least anxious also exhibited the greatest volume of neurons on the left side of their orbitofrontal cortex.

The hope, said the scientists, is that cognitive therapies can be designed to boost optimism in particularly anxious people, thereby alleviating their emotional distress.