Those Who Think They Are Obese Might be Prone to Further Weight Gain: Study 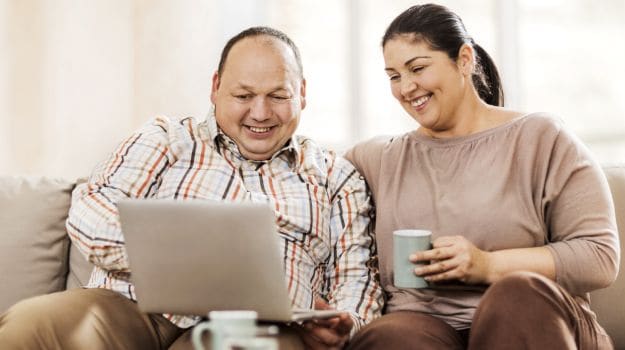 People who recognise they are overweight or obese are more likely to put on weight than those who are unaware that they may be heavier than doctors would advise, according to new research. The study by University of Liverpool researchers looked at the lives of 14,000 adults in the US and the UK through data captured in three studies.

They analysed data from time periods after the children had reached adulthood to find out their perception of their own weight - whether or not it was correct - and their subsequent weight gain over time.

The UK study followed participants from 23 until 45, but the other two studies had shorter follow-up periods, of seven years and nine to 10 years. They found that, those who identified themselves as being 'overweight' were more likely to report overeating in response to stress and this predicted subsequent weight gain.

"Realising you are an overweight individual is in itself likely to be quite stressful and make making healthy choices in your lifestyle more difficult. It is a tricky finding for public health intervention work," said Dr Eric Robinson, from the university's Institute of Psychology, Health and Society.

"You would hope that making a person aware they are overweight would result in them being more likely to adopt a healthier lifestyle and lose some weight," said Robinson. "What is important is to tackle stigma in society. People with a heavier body weight have body image challenges. That is not surprising given the way we talk about weight as a society," he added.

(Eat the Peels: How Banana Peels Could Help You Lose Some Weight)

"But the way we talk about body weight and the way we portray overweight and obesity in society is something we canthink about and reconsider," Robinson said. The study was published in the International Journal of Obesity.