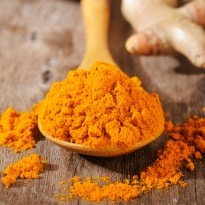 The findings by researchers from the University of California Los Angeles (UCLA) suggest that these dietary supplements help repair nerve cells and maintain their function after degenerative damage to the neck.

"While surgery can relieve the pressure and prevent further injury, it can't repair damage to the cells and nerve fibres. We wanted to explore whether dietary supplementation could help the spinal cord heal itself," added Holly, according to an UCLA statement.

The UCLA team studied two groups of rats with a condition that simulated cervical myelopathy -- a progressive disorder that often occurs in people with spine-weakening conditions like rheumatoid arthritis and osteoporosis.

This condition can lead to disabling neurological symptoms, such as difficulty in walking, neck and arm pain, hand numbness and weakness of the limbs. It is the most common cause of spine-related walking problems in people over 55 years.

Listen to the latest songs, only on JioSaavn.com
The first group was fed rat chow that mimicked a Western diet high in saturated fats and sugar. The second group consumed a standard diet supplemented with docosahexaenoic acid, or DHA and curcumin. A third set of rats received a standard rat diet and served as a dummy group. DHA is an omega-3 fatty acid shown to repair damage to cell membranes. Curcumin is a strong antioxidant that previous studies have linked to tissue repair. Both reduce inflammation.

Comments "Our findings suggest that diet can help minimize disease-related changes and repair damage to the spinal cord," said Holly.