Vitamin B3 Reduces Risks of Some Types of Skin Cancer 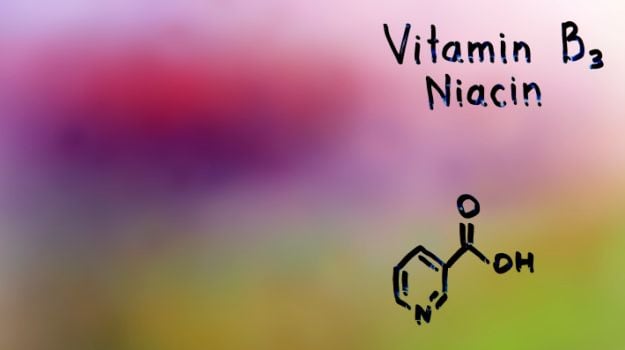 An inexpensive vitamin can help reduce the occurrence of common skin cancers in people prone to that disease, researchers reported.

In a clinical trial, people who took two pills a day of nicotinamide, a form of vitamin B3 available as a nutritional supplement, had a 23 percent lower risk of developing non-melanoma skin cancer than those who took placebo pills.

"It's safe, it's almost obscenely inexpensive and it's widely available," Dr. Diona Damian, the lead investigator of the study, said in a news conference organized by the American Society of Clinical Oncology, who said the findings could be put into practice right away.

"This one's ready to go straight into the clinic," said Damian, a dermatology professor at the University of Sydney in Australia. However, she said the vitamin should be used only by people who get frequent skin cancers, not by everyone.

The study will be presented at the annual meeting of the oncology society, which begins May 29 in Chicago. Abstracts for most of the nearly 5,000 studies were released, and a few results were discussed in a news conference organized by the society.

Investors and Wall Street analysts began poring over the abstracts, looking for information that could affect the stocks of pharmaceutical companies.

In another study, an experimental drug for relapsed multiple myeloma being developed by Bristol-Myers Squibb and AbbVie reduced the risk of cancer progression by about 30 percent when added to two existing drugs.

Those who received the experimental drug, called elotuzumab, had a median of 19.4 months before their cancer worsened or they died, compared with 14.9 months for those who received only the two existing drugs, Revlimid and dexamethasone.

A spokeswoman for Bristol-Myers said it was premature to say when the company would apply for approval of the drug. Another trial is in progress.

The skin cancer prevention study focused on non-melanoma skin cancer, particularly basal cell carcinomas and squamous cell carcinomas. Together, these are the most common form of cancer in the United States, with the most recent study estimating that in 2006 there were 3.5 million cases in 2.2 million Americans. Most of these are curable through surgery or other techniques, though the surgery can leave scars and in some cases the cancers do become more serious.

The study involved 386 people in Australia who had had two or more such skin cancers in the previous five years. The average for the patients in the trial was eight cancers over the past five years; one patient had 52 cases.

Those who were randomly assigned to take the vitamin had an average of 1.77 new cancers in the year of the study compared with 2.42 cases for those in the placebo group, a risk reduction of 23 percent, after certain statistical adjustments. Those getting nicotinamide also had fewer cases of actinic keratosis, thick patches of skin that may become cancerous.

Damian said the effect of the vitamin seemed to disappear once people stopped taking it. She said that nicotinamide did not have the side effects, like headache and flushing, of niacin, another form of vitamin B3.

Protecting oneself from the sun is perhaps the most effective way to prevent non-melanoma skin cancers. Drugs called retinoids, which are related to vitamin A, can also be used, but they can cause birth defects and other side effects. Some studies have suggested that aspirin or other non-steroidal anti-inflammatory drugs can also be preventative.

Two experts not involved in the study said the results were "interesting and potentially important," in part because nicotinamide had fewer side effects than the pharmaceutical alternatives for skin cancer prevention.

The experts, Dr. Clara Curiel-Lewandrowski, clinical director of the Skin Cancer Institute at the University of Arizona, and Steven Stratton, a pharmacologist there, said in a joint email that patients should nonetheless talk to their doctors before taking the vitamin.