What Can You Do To Prevent Dementia? 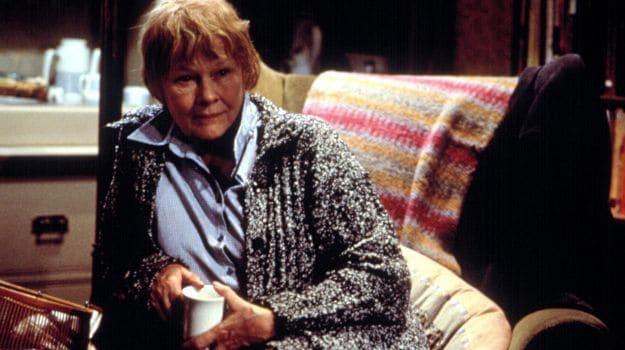 It’s a condition that could strike any one of us, and there is still no cure. But evidence suggests that changing your lifestyle can help to reduce your risk.

The longer we live, the more likely we are to develop dementia. Of all the myriad conditions that accompany old age, it is the one that tends to terrify us most. One in six people over 80 have the condition, with impaired cognitive function (usually memory loss) and at least one other significant problem with language, spatial awareness or function. Treatments exist, but they often have little or no effect and, despite reports last week that US researchers have found a possible cause, there is still no cure.

So the holy grail is prevention. Earlier this month, a major study in the Lancet seemed to suggest that obesity protects people against dementia. Yet this contradicts previous studies that show that if you are obese, you are more likely to have diabetes, high blood pressure and high levels of cholesterol, all of which contribute to the development and progression of dementia. So what does the current evidence really tell us about prevention?

The recent Lancet study looked at UK GP records of nearly two million people over a decade and recorded their body mass index (BMI) and whether they developed dementia. The surprising, and much publicised, conclusion said: “Being underweight in middle age and old age carries an increased risk of dementia over two decades. Our results contradict the hypothesis that obesity in middle age could increase the risk of dementia in old age.”

However, epidemiologist Deborah Gustafson of State University of New York has challenged this interpretation and says the study design is flawed. GPs diagnose dementia with varying degrees of accuracy, and the timeframe between the age at which the BMI was recorded and the date of onset of dementia is not clear.

Gustafson says the relationship between BMI and dementia is complicated. “Having a high BMI in midlife (aged 30-60) probably increases your risk of developing dementia later in life. Once dementia sets in, BMI tends to fall.” In general terms, it appears to be healthier to be neither underweight nor obese in middle age.

Dr Doug Brown, director of research and development at the Alzheimer’s Society, says the four key evidence-based strategies for preventing dementia are exercise, not smoking, a healthy diet and looking after your heart. The Caerphilly study has followed nearly 3,000 men over 35 years and found that regular exercise (30 minutes walking five times a week, or equivalent) in adult life is the single most important factor in reducing the risk. The other factors were important too, but exercising trumped them all.

The process of dementia may start 15-20 years before clinical symptoms become apparent. A study by Finnish researchers attempted to find out if there is a window of opportunity to intervene in people at increased risk of dementia because they have vascular risk factors (diabetes, high blood pressure, high cholesterol or existing heart disease or stroke) and unhealthy lifestyle factors. The study enrolled 2,654 people at risk, but not yet showing signs of dementia. Over two years, one group was offered nutritional advice, exercise, cognitive training and social activity, as well as management of vascular risk factors. Initial results are promising, with better cognitive functioning among those offered intervention than in the control group.

Look after your heart

Brown reiterates that vascular conditions should be managed “as well as possible” to reduce the risk of dementia, while Gustafson says people should be encouraged to keep taking their blood pressure, diabetes and cholesterol medication. Smoking makes no sense if you want to avoid dementia: smokers have a 45% higher risk of developing all types of dementia than non-smokers. And the more you smoke, the greater the risk. But if you quit, your risk starts to return to that of a non-smoker as soon as you give up.

Get an education while young

The more years of formal education you have in your teens and early 20s, the less likely you are to develop detectable dementia, says Brown. This is a complex one to unpick: better-educated people tend to have healthier lifestyles and access to better healthcare. But it also makes sense that even if your rate of decline is the same as a less well educated peer, you will still function better for longer if your cognitive function has been primed from a young age. There is less evidence that mental activity in older age is protective, though it certainly can’t hurt.

It seems that a Mediterranean diet, high in cereals, fruit, fish and veg, may lower the risk of dementia and vascular risk factors, though it is likely that a range of foods rather than one particular superfood is responsible. There have been lots of claims for specific nutrients, including vitamins B6, B12, C and E, folate and omega-3 polyunsaturated fatty acids, but no conclusive evidence. A plate of fish, olives and tomatoes is probably better than a tub of vitamins.

In a complex world, some things are clear; getting plastered is bad for the brain. The Caerphilly study confirmed that high alcohol intake above recommended limits is one of the lifestyle factors associated with an increased risk of dementia. Previous studies have shown that being teetotal is bad too, but that may be because people who don’t drink are less sociable, and social interaction is an important factor in delaying the onset of clinically significant dementia. It is also possible that some middle-aged people can drink with relative impunity while others have a genetic susceptibility to alcohol’s damaging effects. But there is broad consensus that too much alcohol is a bad thing.

Top Photo: Judi Dench in the film Iris, in which she plays the novelist Iris Murdoch, who struggled with dementia in later life. Photograph: Everett/Rex Shutterstock.