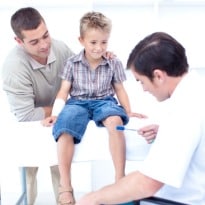 The word arthritis comes from the Greek word 'arthron' meaning 'joint' and the Latin word 'itis' meaning inflammation. It's used to describe over 100 diseases that affect the joints and in some cases is extremely painful. To attend to its cause, World Arthritis Day was established in 1996 by Arthritis and Rheumatism International (ARI) with an aim to unite patients and experts from all around the world. It is observed every year on 12th October and speaks out to all those who are suffering from rheumatic and musculoskeletal diseases (RMDs).

Millions of people all over the world are suffering from this disease and from what we gather, it is no more just an old-age ailment. Doctors and health experts suggest that even children might be prone to its crippling affects. So, the next time your child complains of leg pain, don't ignore it as 'growing up pain' because it can be a sign for bone or knee-related ailments.

Yash Gulati, director and head of department, orthopaedics, joint reconstruction and spine surgery at BLK Super Speciality Hospital said, "Sometimes aching and throbbing commonly felt in the legs of children from the age of three upwards, often at night, is considered as growing up pain. However, this cannot be ignored for long as this could indicate that a child is at risk of osteoarthritis later in life." He added, "Though knee-related ailments and arthritis are not very common among the younger population, juvenile rheumatoid arthritis (JRA) can strike children at an earlier age and also affect multiple joints." Young children can also have a different kind of knee problem, like genu valgum/genu varum (knock knees/bow legs), discoid meniscus (an abnormally shaped meniscus in the knee), ligament tear and juvenile rheumatoid arthritis (JRA) or obesity-related knee pain.

Rajeev K. Sharma, a Delhi-based orthopaedic and joint replacement surgeon, explains, "In juvenile arthritis, the joints of young children become affected by rheumatoid arthritis - a condition which causes joint inflammation and pain. No one knows exactly what causes it but researchers believe it could be because of certain type of genes and exposure to something in the environment (for example, a virus) could trigger it. Juvenile arthritis, however, is not hereditary." He adds, "Arthritis in children is not so much a lifestyle problem. But, yes, children who spend non-active lifestyles, are obese and eat unhealthy diets are likely to grow up into adults in whom the wear and tear of joints may start earlier."

According to Raju Vaishya, senior consultant orthopaedic and joint replacement surgeon, Indraprastha Apollo Hospitals, Delhi, "Persistent pain in the younger population should alarm the patient and the treating doctor. Girls are more commonly affected than boys. Children with knock knees, bow legs and obesity are more prone to develop joint problems. While most joint problems are not hereditary, some arthritis like ankylosing spondylitis (arthritis that affects the spine) could be hereditary as they are genetic in nature." (More: Absence of appetite hormone reduces risk of arthritis)

Surya Bhan, director of orthopaedics and chief joint replacement surgeon, Primus Super Speciality Hospital, said that while juvenile rheumatoid arthritis (JRA) is more common to children aged 8 to 18 years, septic arthritis (inflammation of a joint due to a bacterial or fungal infection) occurs in children who are less than five years of age.

What measures can be adopted to keep the problem at bay?

According to Vivek Logani, chief of joint replacement surgery at Paras Hospitals "There is hardly anything that can be done to prevent juvenile rheumatoid arthritis (JRA) since it is an autoimmune disorder. However, controlling some modifiable factors like childhood obesity can possibly reduce the burden of knee problems in childhood." (More: Lack of exercise makes bones weaker)

Listen to the latest songs, only on JioSaavn.com
He added, "Children should be sensitized to develop healthy food habits and avoid junk food. A diet rich in proteins, simple carbohydrates, fresh fruits and veggies, lot of fluids, and antioxidants can possibly reduce incidence of childhood obesity. Apart from this, regular aerobic exercise regimen and swimming can help keep check on body weight and keep good muscle balance required for healthy joints." (More: This could help prevent osteoarthritis)

Dr. Gulati on the other hand suggests that early diagnosis is the only way that this condition can be dealt with. "The earliest it can be diagnosed the lesser will be the chances of the situation becoming worse. In severe conditions, special types of medicines, called disease modifying drugs are required and occasionally surgery may also be needed. As a matter of fact, if a joint is badly destroyed its replacement may be required but that happens rarely."