World Obesity Day: Why Your Liver is at Risk 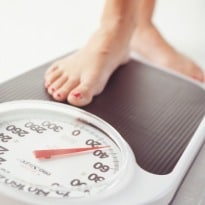 According to the World Health Organisation (WHO), obesity is an aggressive global epidemic that kills almost 2.8 million people every year. This could mean one of two things: either people have given up any kind of physical activity or they've adopted extremely unhealthy lifestyles.

Health experts have linked obesity to high blood pressure, heart disease, fatigue, cancer and kidney trouble. But a new study shows how it could also be linked with liver damage. Let's take the case of 52-year-old Sheila Joshi (name changed). She was already suffering with obesity-related uncontrolled diabetes when she found that it had also damaged her liver. (Fat ain't fit: Obesity a health hazard)

Experts insist that Joshi isn't the only unfortunate one. Many Indians remain largely unaware of the damage that obesity can cause to the liver. According to Dr. Tarun Mittal, general surgeon, Laproscopic, Robotic and Bariatic surgeon, Sir Ganga Ram Hospital, "Indians are of the primitive ideology that liver diseases are mainly a problem of the alcoholic population and does not easily affect non-drinkers. But recent studies and awareness of Non Alcoholic Fatty Liver Disease (NAFLD) clearly state that this disease is not only linked with alcohol consumption."(Research reveals why obesity runs in families)Explaining the causes, Dr. Vikas Singhal, executive consultant, minimal access surgery, Gastroenteritis and Bariatric surgery, Jaypee Hospital, Noida said, "Obesity and diabetes are major risk factors for Non Alcoholic Fatty Liver Disease (NAFLD). In fact, NAFLD is so closely associated with obesity and diabetes, it can be used as a marker for patients who are at risk of developing diabetes, heart disease and stroke in the future if they do not start taking preventive measures early."

Dr. Mittal agreed and also mentioned some other reasons of a fatty liver like malnutrition, pregnancy, drugs, toxins and other inflammatory bowel diseases and even HIV and Hepatitis C.

According to Pradeep Chowbey, vice chairman, Max Healthcare and director, minimal access, metabolic and bariatric surgeon, "Fatty liver disease are often diagnosed on ultrasound when done for unrelated symptoms such as pain in abdomen or pregnancy. Some people with excess fat in the liver simply have what's called a fatty liver. Although this is not normal, it's not serious if it doesn't lead to inflammation or damage. However, NAFLD, if not managed properly, specially associated with obesity can lead to very serious liver problems known as Nonalcoholic Steatohepatisis (NASH). The liver may enlarge and, over time, liver cells may be replaced by scar tissue."

Health experts said that an enlarged liver due to fat deposition is mostly diagnosed incidentally in 30 to 40 percent of ultrasound scans done for other reasons. It's common amongst adults but some cases in children have also been found. In around 10 to 15 percent patients it progresses to further stages of liver damage ranging from Non Alcoholic Steatohepatitis (NASH) - which is essentially inflammation of the liver - to fibrosis (scarring of the liver) and eventually cirrhosis.

How can the condition be treated?

Chowbey added, "In severely obese people with fatty liver disease, endosurgery which is a kind of minimally invasive surgery is the only treatment known for cure."

Listen to the latest songs, only on JioSaavn.com
Dr. Singhal added, "Adequate management of diabetes, hypertension are other factors. Stopping alcohol is also a must as alcohol can compound liver damage. For patients who meet the criteria for bariatric and metabolic surgery, bariatric surgery has been seen to cure Nonalcoholic Steatohepatisis (NASH) in over 80 percent of patients."

Suggesting precautionary measures, he said, "A healthy diet, which is high in proteins, low in carbohydrates and fats works wonders. Eat raw fruits, avoid fruit juices, soft drinks and other sugary drinks. Eat three healthy meals and two healthy snacks between meals. Reduce the amount of alcohol you drink. Don't have more than one to two drinks, no more than once or twice a month. Exercise daily for a minimum 60 minutes." (Eat these foods to cut out unwanted fat)