You Could Soon Say Goodbye to Peanut Allergy 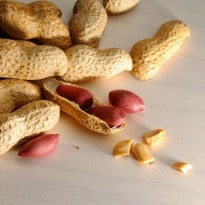 The world of science bears a happy news for those who are allergic to peanuts. According to a latest study published in the journal Food and Bioprocess Technology, scientists have successfully experimented to remove 80 per cent of allergens from peanuts.

"Peanut allergens must be eliminated below a certain threshold for patients to be safe", said Wade Yang, an assistant professor in food science and human nutrition and member of University of Florida's Institute of Food and Agricultural Sciences. Ideally, if the allergens are cut down from 150 milligrams of protein per peanut to below 1.5 milligrams, 95 per cent of those with peanut allergies would be able to consume them.

The researchers used a pulsating light system to direct concentrated bursts of light to modify the peanut allergenic proteins. That way, human antibodies can't recognise them as allergens and begin to release histamines. Histamines create allergy symptoms such as itching, rashes and wheezing. The pulsing light reduced the allergenic potential of the major peanut proteins Ara h1-h3, researchers said.

The team hoped the technique could well be used to eventually eliminate 99.9 per cent of peanut allergens. However, according to Wade Yang, eliminating all peanut allergens would be extremely challenging as doing so may risk destroying peanuts' texture, colour, flavour and nutrition. Yang, however, cautioned that he has done peanut allergen experiments only in a laboratory setting so far. He hopes to eventually conduct clinical trials on animals and humans.Inputs from PTI