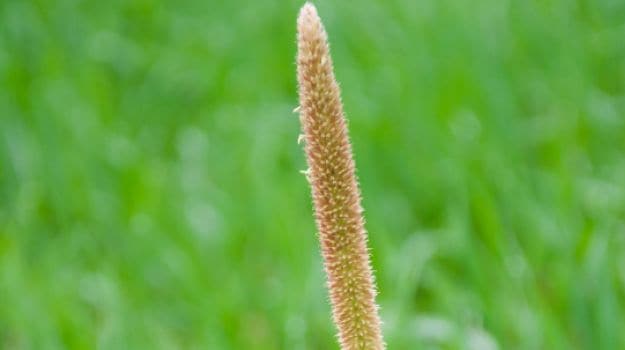 It was domesticated as a food crop in the tropical region of West Africa around 4000 years ago. From there, it split into two races; the Globosum race that made its way to the West and the Typhoides race that reached East Africa and spread to India approximately 2000 years ago.

It is a summer annual crop that is well-suited for crop rotations and double cropping. It is a member of Graminae or Poaceae, a very large grass family. Bajra is well adapted to areas characterised by drought, low soil fertility, and high temperature. It even performs well in soils with high salinity or low pH. Due to its ability to tolerate difficult climatic conditions, it can be grown in areas where other cereal crops, like wheat or maize, would not survive.

It is the most widely grown type of millet, accounting for 50% of the total production; grown on more than 260,000 square km of land worldwide. India is the largest producer of Bajra in the world with Rajasthan being the highest producing state. Other major Bajra producing states in the nation are Maharashtra, Uttar Pradesh, Gujarat and Haryana.

It germinates well at soil temperatures of 75 to 90 degrees F and emerges in two to four days under favourable conditions. Seedlings develop during the first two to four weeks, after which rapid stalk development occurs. Flowering usually begins 40 to 50 days after emergence, and the plant reaches physiological maturity by 75 to 85 days after emergence.

It is used mainly as a food grain in Africa and the Indian subcontinent, whereas in America it is often used as a forage crop. In the Indian states of Rajasthan and Gujarat, it is incorporated into daily meals in the form of rotis or porridge.

The structure of bajra is similar to that of jowar but with two exceptions: bajra has no starch in the pericarp, and it has a higher germ to endosperm ratio. Additionally, the germ of bajra is very large in proportion to the germ in other cereals and contains primarily lipids, protein, vitamins and minerals.

Due to the health benefits obtained from bajra, it is often used to make atta (flour). Bajra atta is high in fibre and proteins. It also contains small amounts of vitamins B1, B2 and B3, as well as iron and potassium.

Bajra is also high in beta carotene, which is known to improve skin, and hence is found in many skin creams. As it is gluten free, it is a very good food choice for those suffering from celiac disease and cannot tolerate gluten.