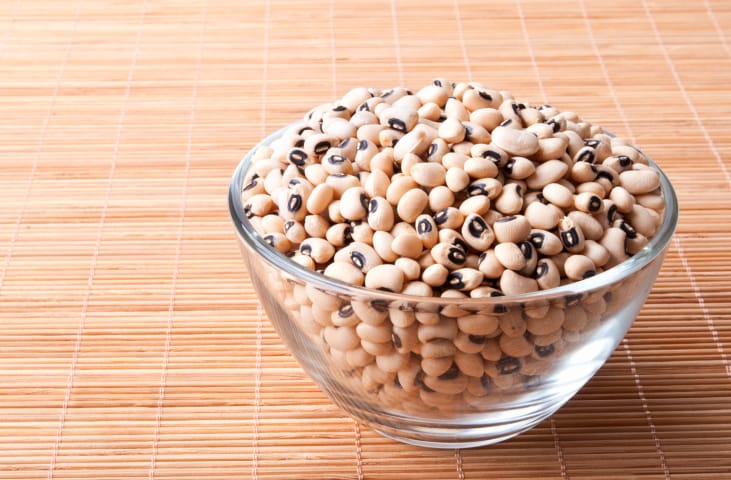 Creamy white in color with a black mark on the curve, black eyed beans are a subspecies of cow pea. These beans are widely used due to the fact that they are tasty without any spices. The most common commercial variety is named California Blackeye, with large oblong beans and a subtle nutty aroma.

Black eyed beans need to be soaked for a period of 5-7 hours before they can be cooked. They can be prepared as a dal or as a snack, sauteed. Tofu, flour, salads and soups are also prepared using black eyed beans. Raw and sprouted beans are also very common. Adding salt will bring out the full flavor profile of the beans but adding them too soon can cause the beans to be too chewy.

Some southern states of the U.S.A. believe that black eyed beans bring good luck when consumed on new year's day.
It was called mogette originally since the black mark reminded some of a nun's head attire.