There are more than 4000 species of crabs on this planet. Crab is a delicacy for all meat lovers for the sweetness and softness of the meat. There is however a distinct variation in the meat of a male crab and female crab. 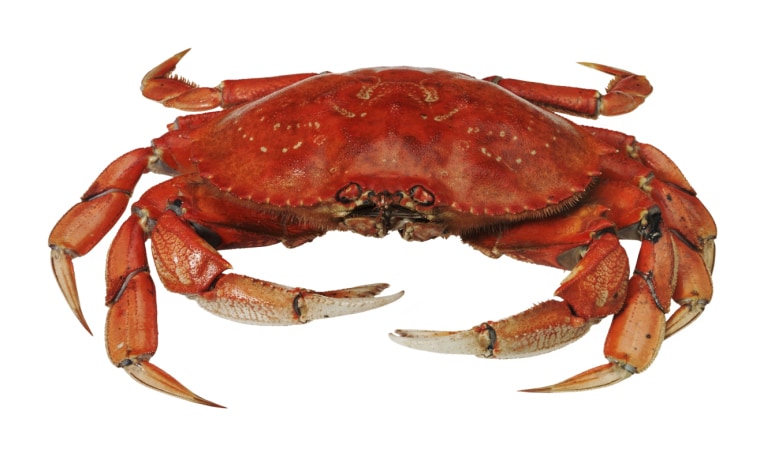 A crab is terrestrial and aquatic dwelling crustacean that is usually found in coastal waters. It is related to the family of lobster, crayfish and shrimp. It has a long projecting tail that is entirely hidden under the thorax region. The major portion of the crab's body is covered under its thick exoskeleton. Crabs are known to adapt to any living condition. They can survive in deep oceans, freshwater or crawl on the land.

There are more than 4000 species of crabs on this planet. Crab is a delicacy for all meat lovers for the sweetness and softness of the meat. There is however a distinct variation in the meat of a male crab and female crab.

While some species of crabs are eaten as a whole, few species are consumed for their claws and legs. Crab claws have a sweet and dense meat white like lobster meat. Male crabs are usually thought to have larger claws and more white meat; while the female crabs sometimes have coral. Its liver is considered a delicacy.

The most commonly consumed crab varieties are:

Blue Crab: Blue-green coloured, it is also called beautiful swimmer. These species are more prolific on the East coast of the US. The crab, however, turns reddish while being cooked.

Dungeness Crab: This crab is found in the coastal waters of Alaska and Mexico. It is easily found during the winter months. The crab is popular for its succulent and sweet pink flesh.

King Crab: This giant crab also called as Alaskan king crab weighs about 25 pounds. Despite its large size, only one-fourth meat of the crab is edible. Only the male crabs are sought out to eat. The meat is taken from its legs and claws.

1. Being a rich source of fatty acids, crabs are essential for lowering blood pressure and minimizing the risk of cardiovascular diseases.
2. Crabs provide adequate amounts of protein required for the human body.
3. Potassium content in the crab helps the growth of healthy cells.
4. Unlike majority of seafood, crabs have a relatively low amount of mercury.
5. Selenium, a mineral found in crab is a known remedy for tumours and cancer.

The crab's teeth are in their stomach.
Most crabs have ten legs.
The average life span of a crab is 8 to 13 years.