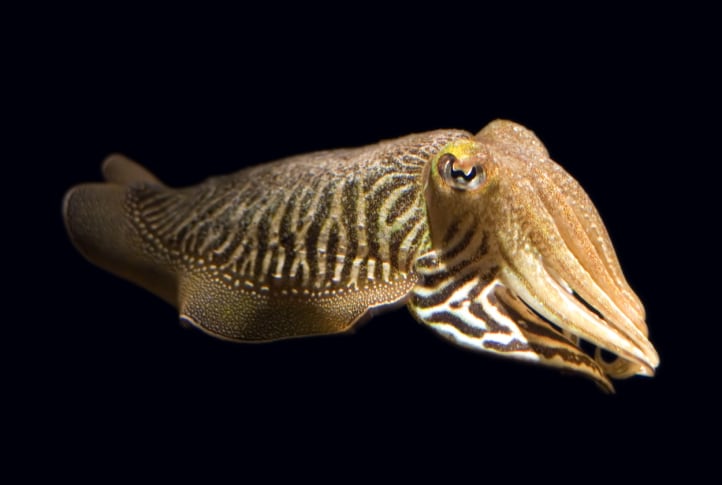 Also known as ink fish, cuttle fish is deep water dwelling water mollusc. Its flesh tastes like squid and octopus. It has a long, elongated body with tentacles surrounding its mouth. The cuttle fish has several regional names like nargate, sepia and supion.

Finding a cuttle fish at any fisheries is very difficult for its inky and messy nature. Preparing cuttle fish is a tedious task indeed! First, the eyes, tentacles and beaks have to be separated. The head is then gutted and the ink sack has to be removed. The skin is also peeled. The head, after skinned is white, and is thinly sliced. The sliced meat is then poached or pan-fried. The tentacles are best stewed with wine, garlic and red onions.

Cuttle fish are cooked like squid, but the flesh is quite tough and has to be beaten vigorously. The meat is commonly cooked in a raging hot pan or stewed for almost 2 -3 hours. Cuttle fish is a common ingredient in the Mediterranean and Asian culinary.

1. Cuttle fish is extremely low in carbohydrates and fat with a high protein content.
2. Cuttle fish is dense with B family vitamins.
3. Eating cuttle fish meat lowers the risk of blood clots and high blood pressure.