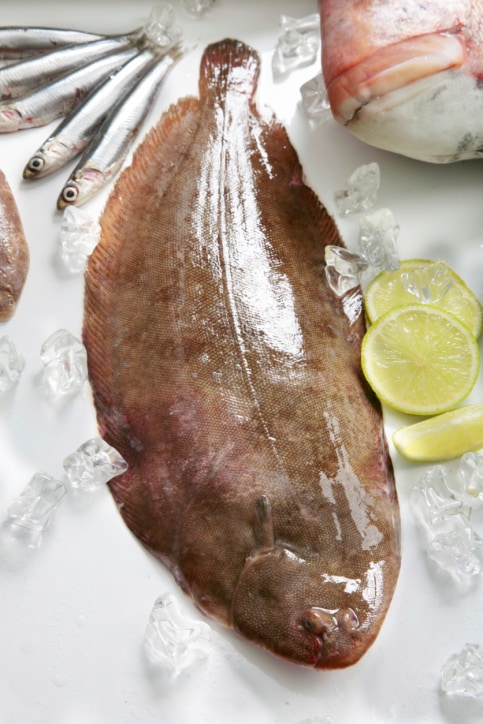 Also known as fluke, it is a flat-fish found mostly in shallow waters which transforms from a normal fish to flat fish in adulthood. It is commonly found in the coastal areas of southern Gulf of Maine to Florida. There are many species of the flounder like sole or halibut which have their own distinct flavors.

The light-flavored white flaky meat is in high demand for its delicate flavor and texture. It is a delicacy when steamed, baked, poached, broiled or fried. The fish is generally available in fresh or frozen form.

The flounder is used in fish soups, made into cutlets, stews or cold salads. They can also be found as sushi, sashimi, fried or baked fish. Flounder baked is often stuffed and served with Dijon mustard.

1. Flounder meat has a high content of omega-3 fatty acid which helps curb heart diseases, and is a source of low fat protein.
2. It has a lot of essential nutrients like vitamin D, iron, zinc and calcium.

Flatfish have both eyes on one side of their body and the under body is white.
The largest flounder weighed in 30 pounds when caught.