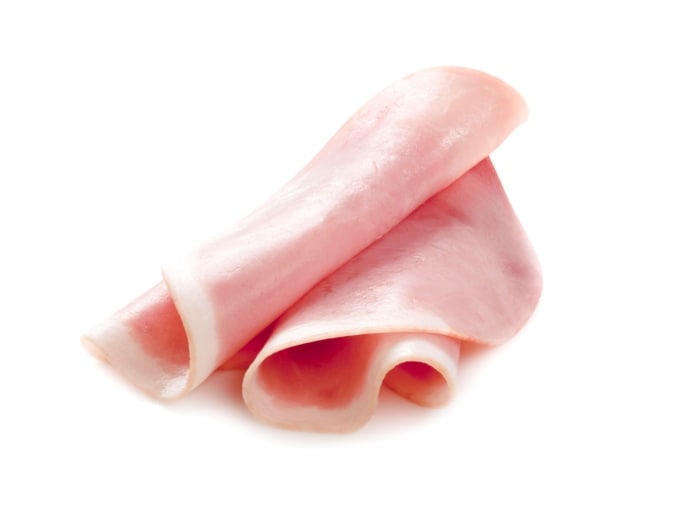 Ham is the cured and smoked hind leg of an animal usually a pig though chicken ham is also available. All hams are mostly fully cooked or preserved in salt and sugar, but fresh ham is also available. The meat is rosy pink in color. Ham is either cured with salt or with nitrate. The one that is cured with nitrate can be stored for a longer time. Ham in general can be stored for up to a week in the refrigerator.

Ham is easily available in the markets. It can be used to make salads, snacks and many main course dishes. It is famously used in the US for preparation of holiday feast.

Note: A nutritional drawback of ham is that it has a lot of sodium content. While buying ham from the market, look out for low sodium ham.

1. Ham is cured with brine that is a combination of salt and water. This prevents the growth of unhealthy bacteria.
2. It is rich in protein and keeps you full for a longer time.
3. Low sodium ham can help you lose weight.
4. Ham is a rich source of Vitamins B6 and B12 and is good for a healthy heart and nervous system, reducing the risk of heart diseases and depression and stress respectively.

Though called as Hamburger, it doesn’t have ham meat.
The top vegetable served alongside ham is kernel corn.