Salt is unrefined sodium chloride and an essential ingredient while cooking food worldwide. The most ubiquitous component of any recipe is salt. Let it be any cuisine, salt is an essential condiment. It is used relatively constant amounts in our regular diet. 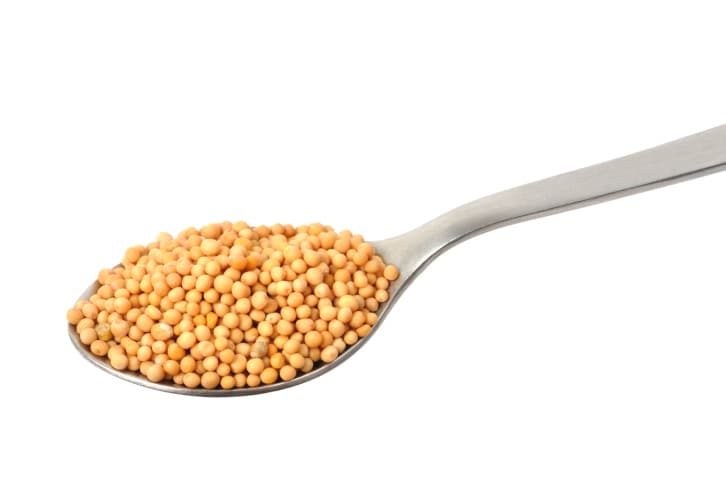 Small round seeds of the mustard plant. Several varieties of mustard plants are used to get mustard seeds, around 40 different species exist but there are three main plants used. These seeds have a creamy texture, strong, pungent taste and a spicy flavor. Black mustard seeds are hotter than the white and are used widely in South Indian cuisine.

Brown Indian mustard: produces brown seeds which has a nutty rather than fiery taste.

White mustard: produces yellow seeds which are milder but preparation can inculcinate the fieriness of black seeds.

Seeds are used as a spice, can be roasted until they pop or simply consumed.They are used for the tadka or tempering of the dishes.

These seeds have immense healing properties, consumption reduces rheumatoid arthritis symptoms, asthma and control diabetes. They act a remedy for migraine and indigestion.

It is believed in India that mustard seeds outside the house keep away evil spirits.

The Mount Horab Mustard Museum in Wisconsin is dedicated to Mustard, containing 5,000 displays.