A round fruit with its color varying from yellow to orange. Pumpkins are said to have originated in North America.

Pumpkin are grown in major parts of the world including U. 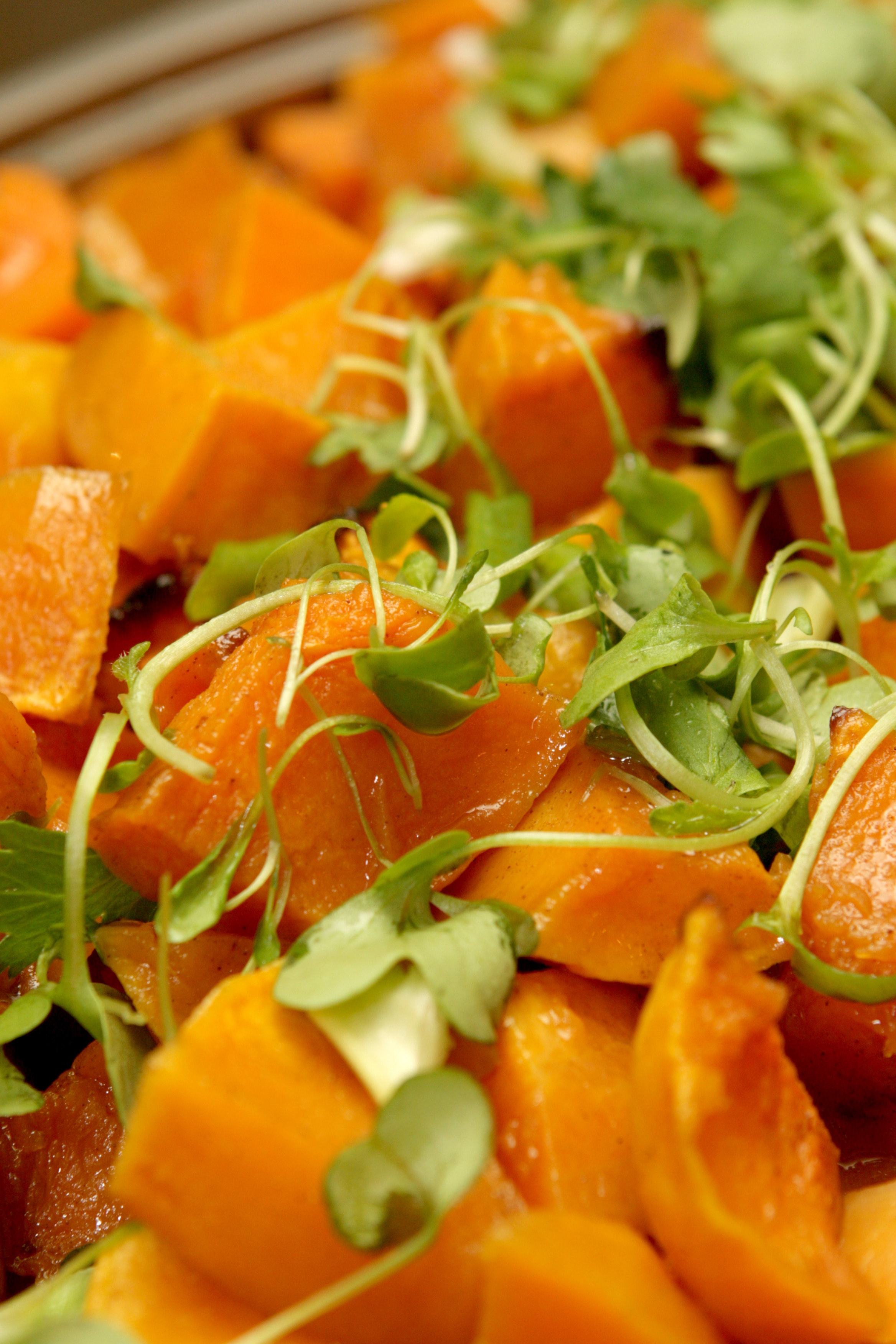 A round fruit with its color varying from yellow to orange. Pumpkins are said to have originated in North America.

Pumpkin are grown in major parts of the world including U.S.A, India, China, Mexico. Around 1.5 billion pumpkins are produced every year in United States of America.

Pumpkins are considered for their versatility use. The fleshy shell, seeds, leaves and even the flowers are used while cooking. When it is ripe, pumpkin can be boiled, steamed, baked or roasted. In North America, it is smashed and added in soups and purees. Pureed pumpkin is canned and frozen for later use. It is also a main ingredient in pumpkin pie. In India, pumpkin is added in dishes like sambar and halwa.

Roasted pumpkin seeds are a very popular Halloween snack. Pumpkin seed oil is mixed with other oil when used for dressing salads.

They are recommended for a healthy diet as they are rich in potassium, vitamin A and fiber. It reduces the chances of heart diseases and cancer. They are also used in curing stomach problems, intestinal worms, burns and bladder disorders.

Pumpkins are mostly associated with Halloween lanterns.
More than one billion pounds of pumpkin are produced in the U.S. every year.

Panjiri or pinni is known to boost immunity and help improve overall health in winter.
Tags: